As the Avast develops the best software of antivirus in the present era. It gives the regular form of updates in providing security in an up-to-date form. Along with the paid version, you will get many more features and benefits that include web and email scanners than the others. A few people find the more perfect antivirus or the windows defender that can perform various functions on its own. There it shows that they have to uninstall the Avast antivirus in their system.

The files of antivirus are in protection by the digital signatures which gives the allowance only to the trusted installer for editing them. At the time of the uninstall procedure, you have to give the signatures in completing the uninstallation.

Then avast will proceed for the completion of uninstallation and will leave behind the uninstaller and the keys of registry also a few files. The antivirus will work no longer, and you have to complete the uninstallation by removing the files of residual ones.

Avast has been uninstalled from the system, though it has left few of the files behind. Users have afterward complained about the files that appear and show that the antivirus is still active.

Here we have four ways explained in uninstalling the Avast Antivirus in Windows 10:-

You can easily uninstall avast Windows 10 computer or laptop through App & Features using below given steps.

Now go to the Apps. From the left side menu select “Apps & Features”.

Find Avast from the list of apps installed on your Windows 10 system. Select Avast and click on “Uninstall”. 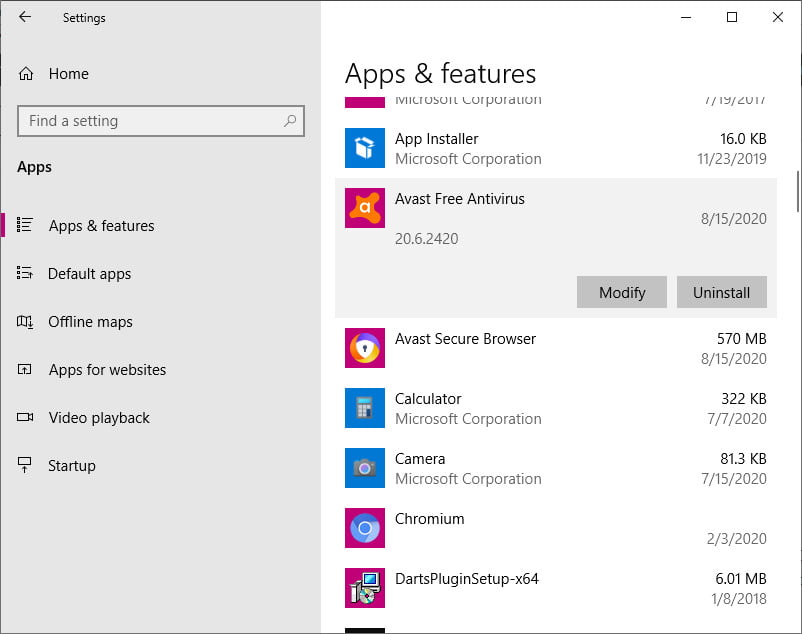 Use of ESET (a tool of removing antivirus)

If you are looking for complete removal of the Avast antivirus, then go for the ESET Antivirus Remover tool. This tool is specially designed for enabling in uninstallation of every antivirus or the anti-malware program and also it has the Avast programs.

Firstly,  download and run the ESET tool. Then click on the Continue button and give the allowance for the ESET antivirus remover tool for scanning of the computer for all of the previous security programs.

As with the results of the scan, do the selection of the Avast applications which you want to remove from the computer and then click on the Remove button.

Do the confirmation of the action by going to the Remove button in the given warning window that appears there. Wait for a while till the tool appears by showing the message that says Applications successfully removed. Now the applications which you have selected will get removed and you can close down the utility after it.

As when you have uninstalled the Avast from the system, go ahead and do the uninstallation of the ESET Antivirus Remover. Give a restart to your device after this uninstallation process.

For taking a proper check that such of the methods are managed properly or not, visit the Control Panel, and then open the Programs and Features from the programs. Then take the proper check that there are not any of the AST programs left in the given list.

You may get to notice the Avast OS option when you will start the system. By leaving it in the form of the default OS may keep booting of the system in the safe form each of the time when you will restart it.

It will allow you in switching of the default operating system back to Windows.

Click on the Start button and then open Run window from there.

Type there sysdm.cpl in the given text box of Run and click on the enter button for opening the Advanced system properties window.

Go to the Advanced tab. Click on the Settings which is under Startup and Recovery. 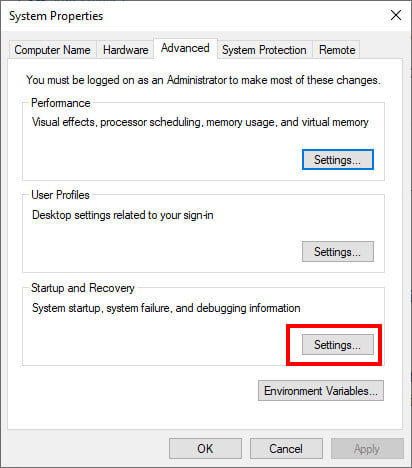 Below the given Default Operating system, you will get the dropdown box for the selection of the default operating system. Now select the required option and do the saving of the changes by clicking on the OK button.

Type there msconfig and then click on the enter button.

In the given window of system configuration, open there the tab of Services. 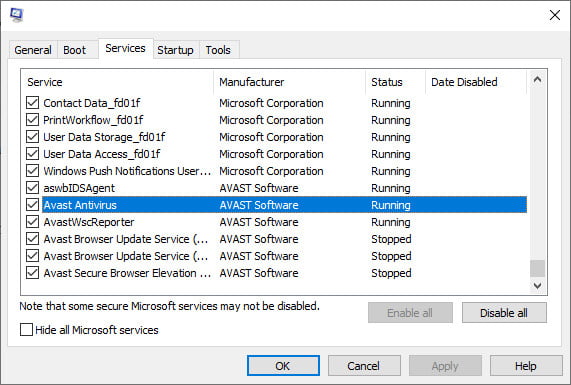 Select all the Avast Antivius sections by clicking here and then click on the Disable All button.

Use of Avast Clear Tool To Uninstall Antivirus

It is the intuitive tool that is created by the Avast team and is designed for the uninstallation of the Avast products and any of them on the computer. By following the instructions which appear after you Download & Install the Avast clear, and then browse the folder where you have saved the Avast product which you want to uninstall there.

Then click on the Remove button. Give a restart to the device and then avastclear will do the finalizing of the uninstallation when the system will boots up. Now uninstall the avastclear also from the system as you have no use of it now.

By visiting the Owners tab you will get there that the trusted installer is the current owner. For that, go to the location and with the file associated with Avast and deleting it. After deleting, restart the system. It is a recommendation not to take ownership of the files of the trusted owner. Though if you are confirmed about the use of them again, then you can easily delete them.

As the avast antivirus is the most used security antivirus application but sometimes the situation occurs when you have to uninstall it. Here we understood the various methods of how you can uninstall it. Give a read to this topic and tell us as a comment on it. Go through with our more topics.