How to play among us on Mac: Well, this is one of the most important topics for me. Because as a fan of the Among Us game today I am going to discuss in the article how you can play among us on MacBook. As you know the among us is growing multiple games and you can easily play it on Android, iOS devices. But how you going to play it on PC or Mac well don’t worry here you get the solution for it.

Contents hide
1 What is Among Us?
2 How to Play Among Us on Mac
3 How To Use The Among Us Emulator
4 Pros & Cons of Among Us on Emulator
4.1 # Advantages
4.2 # Disadvantages

What is Among Us?

Among Us is a social deduction game and it’s an online multiple player developed and released by the American game studio Innersloth in 2018 for iOS and Android devices. The theme of the game is based on the spacesuit. Furthermore, the gameplay is based on finding the imposter. There are two roles in the game most being Crewmates, and a prearranged number being Impostors.

The crewmates have to find the imposters, eliminate them using the votes and complete given tasks. While the job of the imposter is to covertly sabotage and kill the Crewmates before they can complete the given tasks.

How to Play Among Us on Mac 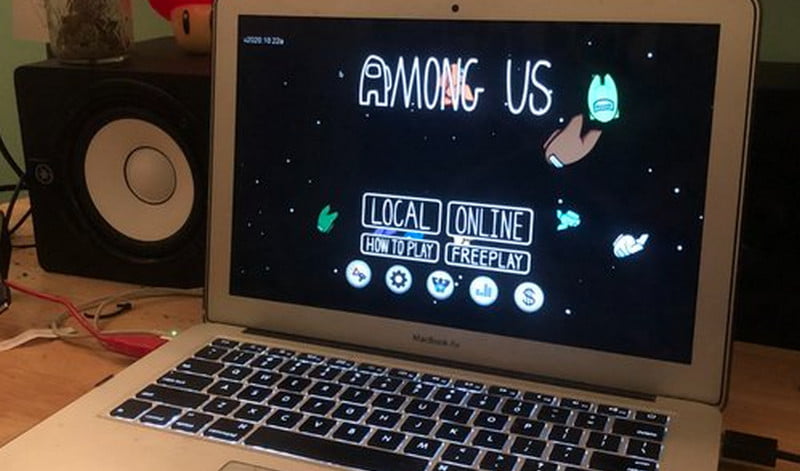 Currently, the Among Us were only available for iOS, Android and Windows PCs. But still, there is a way for Mac users to play among us on mac. If you own a Mac device and wanted to play one of the best social deduction games through the internet then all you’ve to do is download the Bluestack emulator and access the game through it.

How To Use The Among Us Emulator

Well, anyone can easily install and use an emulator on their PC to access the android or iOS application or games. If you know the proper step by step instructions. Here in this article, we are going to explain to you how you can install the emulator on your Mac and use it to access the Among Us game.

1. Firstly, Open the web browser on your Mac and go to the Bluestacks.com

2. Download the Bluestacks Emulator on your Mac device and install it.

3. Open the emulator and Sign-in using the Google Account.

4. Now, Search for the Among Us and install it

5. Launch the Among Us and enjoy playing.

The emulator will give the information regarding the controls of the gameplay along with the control to customize the control. Furthermore, Bluestacks has provided an information guide regarding Among Us on YouTube. That helps to understand more.

Pros & Cons of Among Us on Emulator

There are some advantages and disadvantages that you’re going to face using the Bluestacks emulator when you play the Among Us using it. Well, there are some common pros and cons that every PC user faced while using the emulator to access the mobile device and the same is here.

Hope you find this article helpful to know how you can play Among Us on your Mac device without having a hassle. There are multiple emulators was available for the Mac you can also use any other android emulators to access the Among Us.