Android is the most popular operating system right now. You will find more android devices than any other OS. Android OS is specially made for handheld devices like phones and tablets. It also comes installed on Smart TVs these days. Moreover, it is made to run on RISC-based ARM architecture. Because of this, people used Android emulators to run android apps on their PC. Emulators are good for android emulation but there is a huge impact on performance. Those who have a low-end pc, for them, android emulation is a no go. But that changed when android x86 made its debut. Android x86 is an Open-source Project which made it possible to import android to AMD and Intel x86 architecture.

Android x86 is a bridge between android and x86 architecture. It is an Open-source project so everyone gets there hands on the source code. Android x86 is like Linux which has different distributions. These versions of android are less resource-hungry and can boost your PC or laptop’s performance. Therefore, there are so many Android OS available for PC that is based on Android x86. In this article, we will come to know about the best Android OS Available in the market. 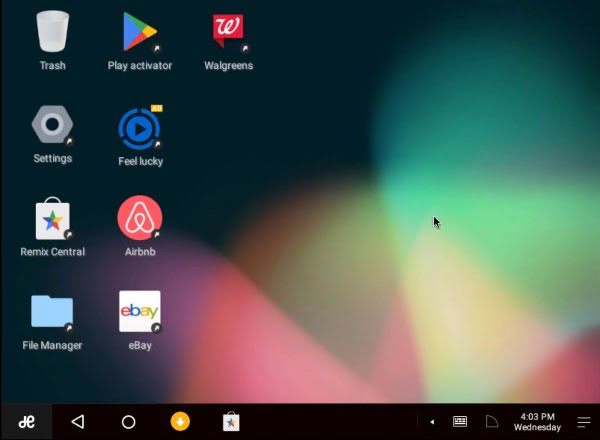 Remix OS is one of the best looking Android OS.  The parent company’s name is Jide. It is fast secure and comes with pre-installed Gapps. Moreover, has got its market place where you can download apps made especially for Remix OS. The biggest downside to this OS is no more development. Yes, this product has been discontinued by its parent company. But you can still download it from the official website or other community sources. The last version was based on android 7.1.

Overall Remix OS is a good replacement for Android emulators. It is an Android OS with a Windows-like feel and all android features. Even without further updates because of discontinued support, you can still download Remix OS and us it. Besides, all the features are available and nothing is holding you back. 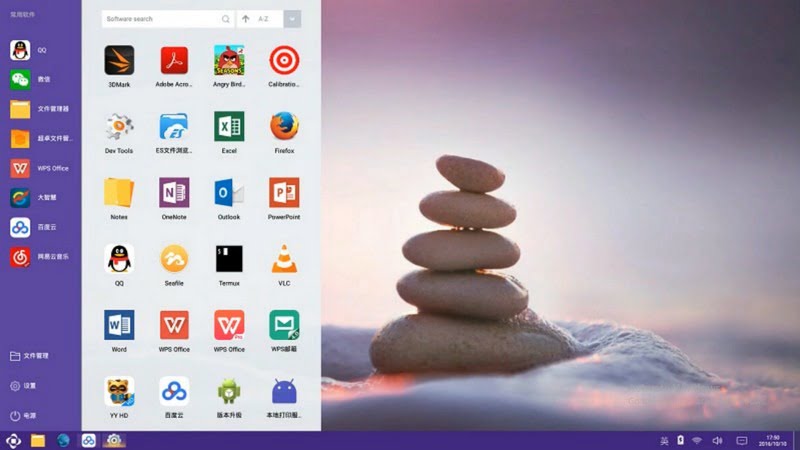 OpenThos is another Android OS that is relatively new in this market. Besides, it is one of the best open-source Android OS based on x86 architecture. You can easily download the source code from GitHub. OpenThos has an impressive performance and 60 FPS liquid-smooth UI.

Security-wise, it is best in class with Chinese algorithms and full disk encryption. Windows like feel with multiple windows Support, task manager and many more. Most of the applications are pre-optimized, so you don’t need to worry about performance issues. A UEFI compatible boot manager.

There is a long list of OpenThos features. Therefore, making it one of the best Android OS for PCs. SO go ahead and give it try. 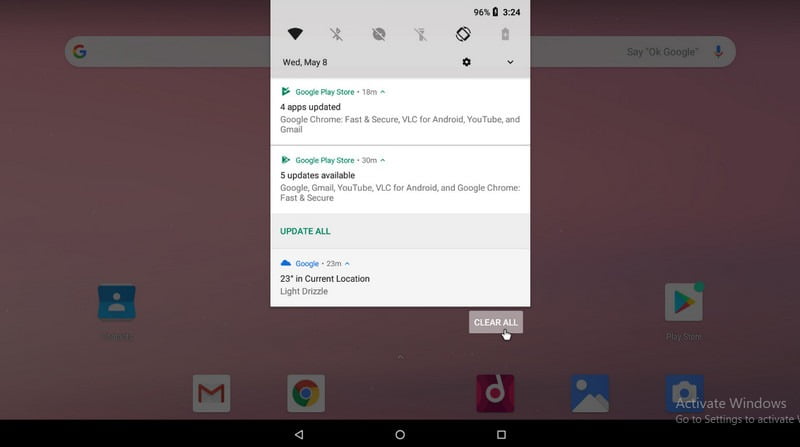 Android x86 is the root of all the Android-based x86 OSs. It is the most release of Android OS for PC. IF you like simple yet powerfull OS then Android x86 is made for you. It is a community project with constant support. Furthermore, it is a port of a well know open-source android distribution knows “Android Open Source Project” or AOSP.

The biggest plus part of Android x86 is its performance. AOSP likes to keep it simple wich intern helps in performance improvement. You might find it uninteresting because of the stock android looks but you will surely be amazed by its performance. Moreover, Android x86 receives security patches and upgrades first hand.

In the End, Android x86 worth a try. But download is a little bit tricky. There are a lot of Android x86 versions you will find on the official website. SO choose wisely. 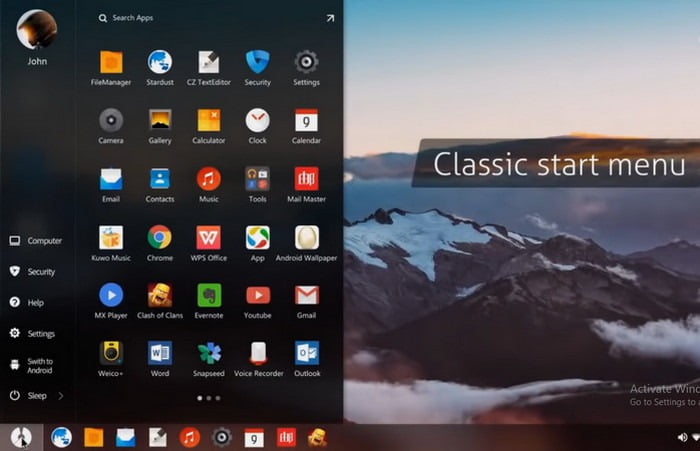 Coming in at number four is Pheonix OS. Pheonix OS has two major versions. One is based on Android 7.1 Nougat fro 64 bit PC and the other is based on Android 5.1 Lolipop for 32 bit PCs. This OS’s major focus is gaming. Moreover, it succeeds in this department. So far it is the best OS if you want to play android games on your PC. A liquid-smooth UI Windows-like desktop, file manager and many more features add up in its plus points.

Pheonix OS doesn’t support all the 64-bit CPUs. Make sure that your CPU has SSE 4.1 And SSE 4.2 instruction set. You can easily check it on your Processor’s official website. Therefore, if your CPU doesn’t support it then it will be wise to install Pheonix OS 5.1.

Overall, Phoenix OS is bundled with the feature. It is a pretty good OS for gaming. So go ahead give it a try yourself and find out what it holds. 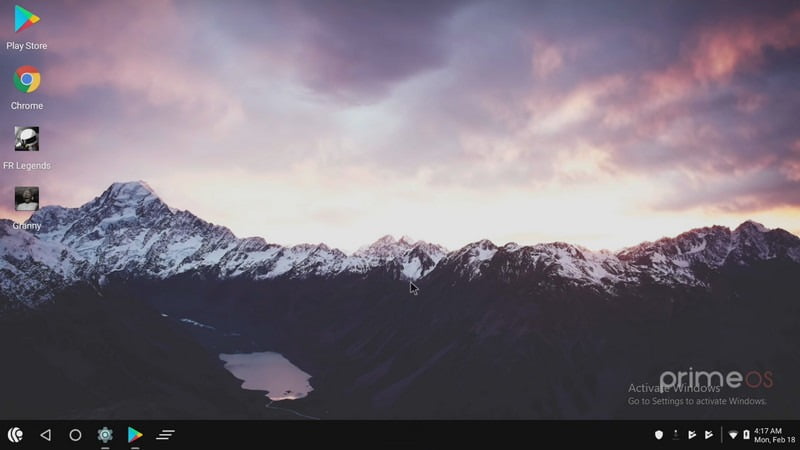 Securing the number one spot, We have Prime OS. Prime OS gives you total Mac OS feel with all the Android features. It is a complete fusion of Desktop and Android OS. Whether you want you to run some android apps on the machine or want to play games on a big screen Prime OS has got you covered.

There are three major versions od Prime OS, Prime OS classic, Prime OS standard and Prime OS Mainline. Prime OS classic is for older 32-bit CPU that can’t handle the pressure and doesn’t have SSE 4.2 instruction set. Prime OS Standard is made for old but capable CPUs that support SSE 4.2 Instruction Set. Finally, The Prime OS mainline, as its name suggests is the main release in the line-up. It is the release in the spotlight with nothing held back.

In the end, If you want to maintain a total windows-like environment and run Android apps and games than Prime OS is the best choice.

So these were the top 5 Android OS for your Windows or Linux PCs. There is a fair number of Android Os available. Therefore, I hope this article has helped you in finding the best match for your PC.