This may seem to resemble rising but the Notepad++ is quite popular and most trusted source code editor for the Windows. The program has ultimate features with a dynamic interface compare to notepad available on Windows. It’s a way to handy to write or edit source codes of any programming language without having a hassle.

Technically, these totally sound a programmer thing, but with the help, some commonly used programs especially designed and developed to run Windows program on Mac.

Firstly, we guide how you can run Notepad++ on Mac with an Emulator Program.

There are several emulator programs were available to run Windows program on Apple Mac.

In this article, we are using WineBottler, Which is quick to install and simple to use for any person using a Mac computer. Follow the below-given steps by steps instructions.

2. Startup Terminal and type winecfg to build a C drive where Notepad for Mac.

3. Then, Download Notepad++ from its GitHub repository and place it in C Drive that you’ve created recently.

4. Again, In Terminal, navigate to the C drive and install the “.exe” file by keypunching wine [file name].

5. To launch the Notepad++. Go to the Terminal and type “Wine” FileName.

Now you can able to run Notepad++ on your Mac device. The app will support all the features just like Windows. However, it’s not a proper solution for this, Because you’re running the app within an app which may cause lots of issues such as system lag and whole stack. You can also use VM Frame to use the notepad on the Mac.

If you want to use Notepad++ for Mac with minimum system lag issues and system stability then in this case. You must use Virtual Machine which might be the best option compared to the wine emulator. Well, the virtual machine would technically encompass a full-scale Windows into the Mac. This allows you to install any Windows program into the Mac without having a hassle or limit.

There are several virtual machines available, but we recommend using VMware Fusion because it’s the most trusted virtualization software that stands for both robust and relatively.

Here are the steps to follow for using VM on Mac OS:

Note: Make sure you want Liencne Windows or ISO copy

2. Install the software and open it. After that drag and drop the Windows ISO file.

3. Go to Easy to Install and option. Type the license credentials for Windows.

4. Now, Save the new virtual machine.

After performing these steps you will able to access the Windows environment on your Mac. Download the Notepad++ and install it and enjoy programming.

Well, you can also use some of the Notepad++ alternatives.

However, the Notepad++ is only limited to Windows users, there is no version of Notepad++ for Mac devices. But, there are some of the best alternatives available for Notepad++ Mac. In this article, we are going to show you some of the notepad++ alternatives that Mac programmers commonly used for writing and editing programming language source codes.

Let Get Started, Shall We?

Adobe is a well popular company for its photo editing product called Adobe Photoshop. Well, most people don’t know that there are several other digital products including Brackets available on the internet. The Brackets which is text editor the app is free to use and it gets regular features and extension updates on the weekend.

This text editor has some ultimate features because programmers prefer to use Brackets as a source code editor. features that we are talking about are CSS hint, JSS hint, Instant Search bar, and much more programming relevant tools.

Mainly, programmers use its most popular feature is Git, and fortunately, Brackets has build-in features that accommodate for fast git integration.

Brackets also have some additional features such as Extract, this feature allows the users to extract information from photoshop documents without having a hassle. After the user can easily convert the information into the CSS. Basically, the feature comes handy when you want to convert a PSD (Photoshop Document) to an entire website.

Atom is a free and open-source programming editor powered by GitHub. This is the best offline source code editor as you see its a one of the best text editor because it’s developed by the GitHub team. Along with that, the editor has some of the coolest and dynamic text editing features that every programmer wants into a programming editor. 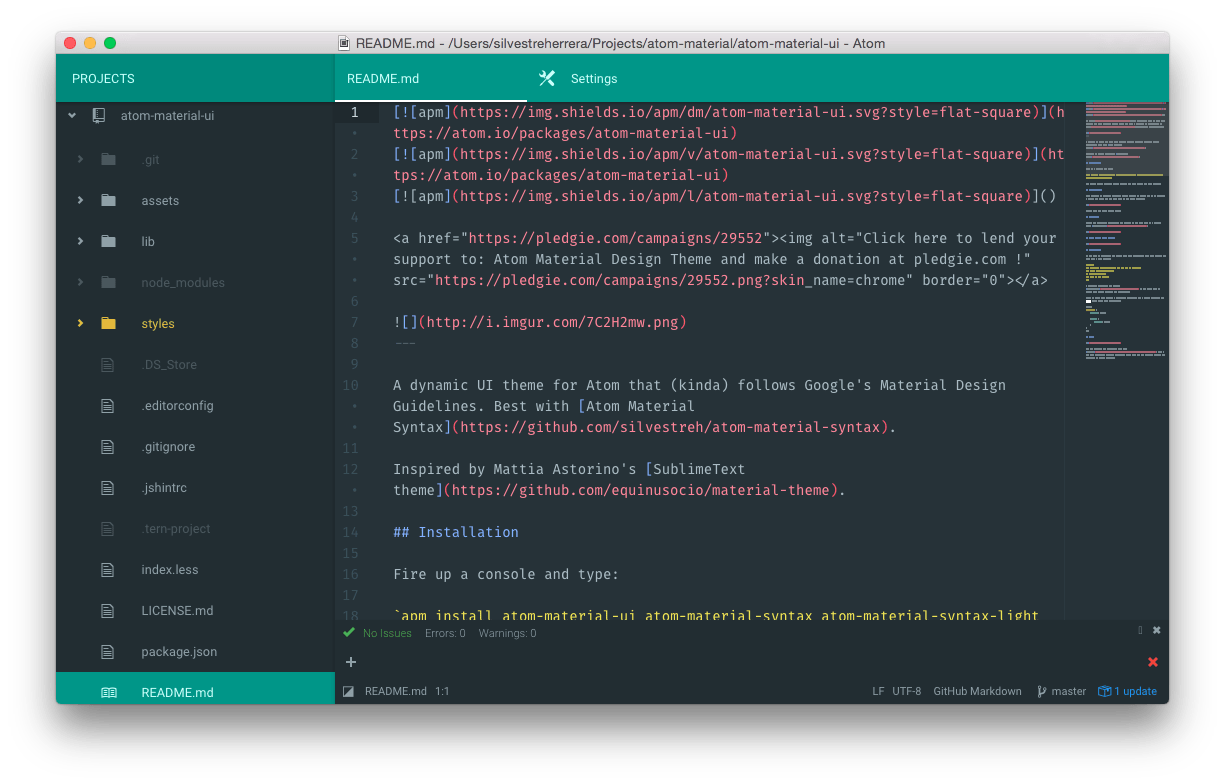 With the help of HTML and Javascript, any programmer can easily operate the Atom and make changes into it for more comfort. In terms of features, this text editor supports – Modal control, project management, Github conflict management, and color display. In case if you want to make changes into the Atom themes, color, inter design, or history management for that you can use the packages available on the Github community.

This is a second notepad++ alternative for mac in our list. Lots of Mac users might be heard of Komodo Edit (Integrated Development Environment) because it’s one of the best IDE among programmers. Its totally free source-code editor and light version software easy to use interface. 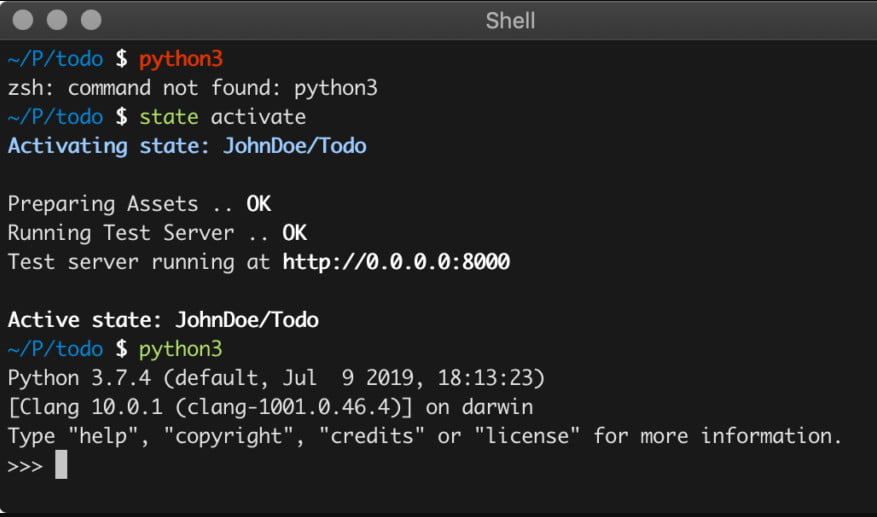 In terms of features, this text editor is lacking compared to other apps, but as all the features required for source code editing just like notepad++. Some common features are markdown, auto-correction, viewing along with multiple language support.

That’s not all, you can also use extension and themes in the Komodo edit app along with IDE from various GitHub repositories.

The CodeRunner also an ultimate code editor its totally designed to perform engineering tasks. The software supports multiple languages almost 25 languages for writing and editing programming codes. Some best features you able to access in this app are, It supports IDE-level code completion, Instant breakpoints, and documentation support in all the languages. 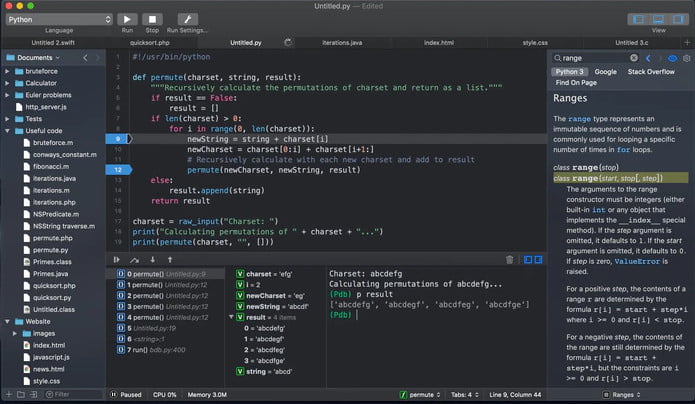 What makes coderunner and best notepad++ alternative for mac? well, it is intuitive fast with multiple features its one of the best programming editors that beginners and professionals both can use.

If you wanted Notepad alternative then you can surely go for Sublime text editor. Well, its the second most popular text editor after Notepad++ for Windows. However, unlike Notepad++ the Sublime Text also available for Mac OS. You can easily download and install it from its official website.

It is rich from features, like syntax highlighting and folding,  advanced level customizability, easy to use interface, several selections options, powerful API, and much more. One of the most awesome features that Sublime Text 3 has is “Goto Anything”. In Mac, you can easily enable it by press ⌘P keys together. The features will quickly switch to symbols, lines, and words.

jEdit is also programmers selected text editor for programming languages and it is free to use. Well unlike other programming editors this app has the pre-mapped shortcut for Mac computers. In case if you wanted to return to the marked position then this can come handy along with help of marker feature. 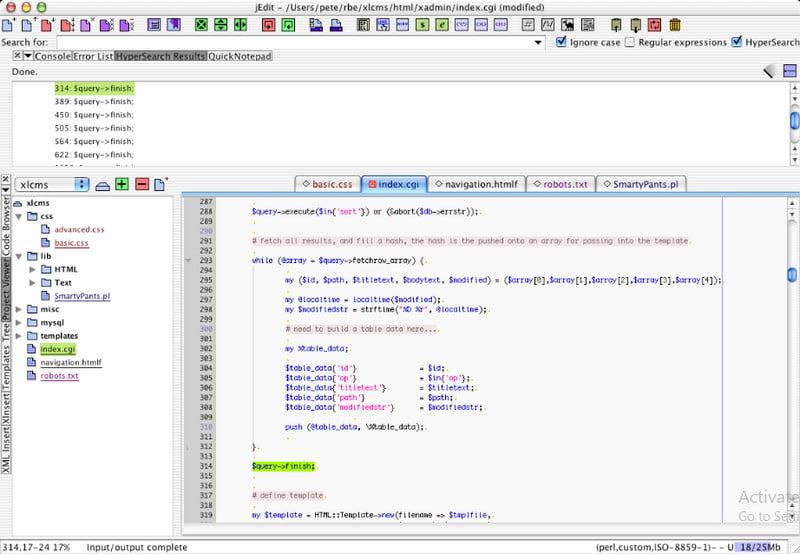 Well, In terms of clipboard this code editor allows users to copy unlimited lines of code without having a hassle. The program has been developed and supported by the global community and it gets weekly updates for bugs, themes, and more. So with the help of this text editor, you can also able to join a programming community to learn something new.

UltraEdit says it is one of the world’s best text editor. However, I don’t think so to title it the best editor on the internet. But, its best editor with ultimate features such as support of multiple programming languages, for example, C, Objective C, Javascript, PHP, Python, Perl and much more.

When it comes to features, this source-code editor has disk-based text, Multi-caret editing, and multi-select, Find & replace in files, inverse search, XML tree view, Auto-closing XML/HTML tags and more. You can also use other products such as UltraEdit Compare, UltraEdit Suite, etc.

Its is Microsoft developed and owned text editor with both platform support Mac and Windows. The Visual Studio Code editor works just like other source-code editing software. If you think, if this text editor is owned by Microsoft then it is not perfect for Mac OS. But it is not true, just other programming editors in our list this tool also rich with features.

Moreover, the VS code also comes with Mac OS compatibility so you don’t have to pay anything to download and access it on your Mac. For a web developer, it is one of the best programming editors available on the web. Because its supports almost 30 web developing programming languages. In features, it supports real-time API description, git control debugging, and more.

This is an ultimate text editor for web development with rich features that comes handy for web developers. Such as project-wide, autocomplete, code folding, find & replace text, and much more. It supports several programming languages including tons of web developing tools. 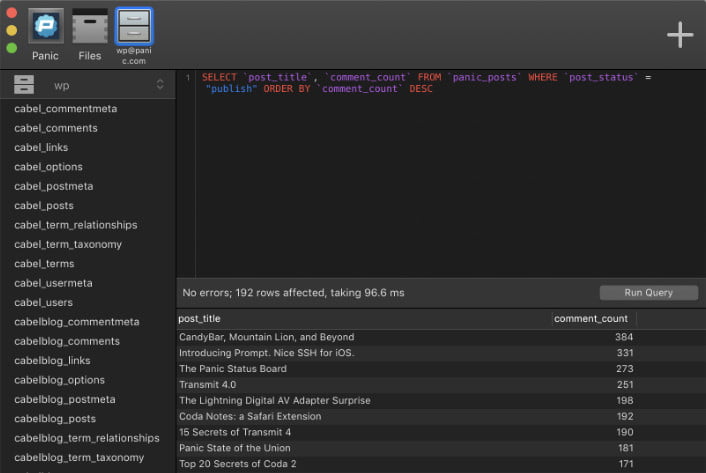 If you are a web developer then this is one of the best text editors for your job to increase your coding productivity and save time. Its web development features this text editor has web inspection, WebKit Preview, debugger, and profiler but my most favorite feature is deep integration file management with this feature you can only open files but also remotely edit FTP, SFTP, WebDAV, or Amazon S3 servers.

Textmate, well this text editor has all the feature that required by a programmer for coding and most importantly, it combines all features of Emacs and Mac OS into single programming editor. This app allows you to replace the IDE if you wanted.  In terms of features, this programming editor supports fold syntax, Gerp, regex, and more. Moreover, there is a feature visual bookmarking which allows users to switch the location within the document.

Notepad++ for Mac can be used on Mac OS using the emulator or the virtual machine. But we recommend our users to get an alternative because there are lots of features in these text editor that you cannot able to get on the Notepad app.