The time may arrive when you may find your backup files disk full and you are not able to continue the backing up the operating system or the files. For getting out to this trouble, we have explained the procedures for deleting the old files of Windows backup to have some of the space for the creation of the new backup.

What Does it Mean to Backup Data?

As if we discuss in Information Technology, then backup or it is said as data backup is the copy of the computer data is taken and is stored which can be later used for the restored if the data gets lost. Backups are required for the recovering of the data after it gets lost from the deletion of data or if it gets corrupted. Backups are nothing but disaster recovery that is safe to recover the data. The system of Backup includes about one copy of the data which is saved in your device.

What is Files Backup?

The Backup of the whole system is necessary from getting attacked by issues of software and various malware which may damage the device and can even corrupt the files. If people don’t create regular backups, then they may lose the documents, photos, and even various configurations in which they have to spend their time in the creation of it.

On the Windows 10 device, there are various methods for the creation of Backup. It ranges from the copying of files to the storage in external forms and it will be securely stored in the OneDrive or other devices of the cloud.

How to Delete Backup Files in Windows 10?

By deleting File History, it will give the allowance for backing up the desktop, documents, downloads, pictures, music, and even much more in the account of the user.

As with the increasing data in various folders, we also require the deleting of old backups for continuing the backups of file history at the time when backup drive is full.

Here we have the steps for deleting backup files in Windows 10:- 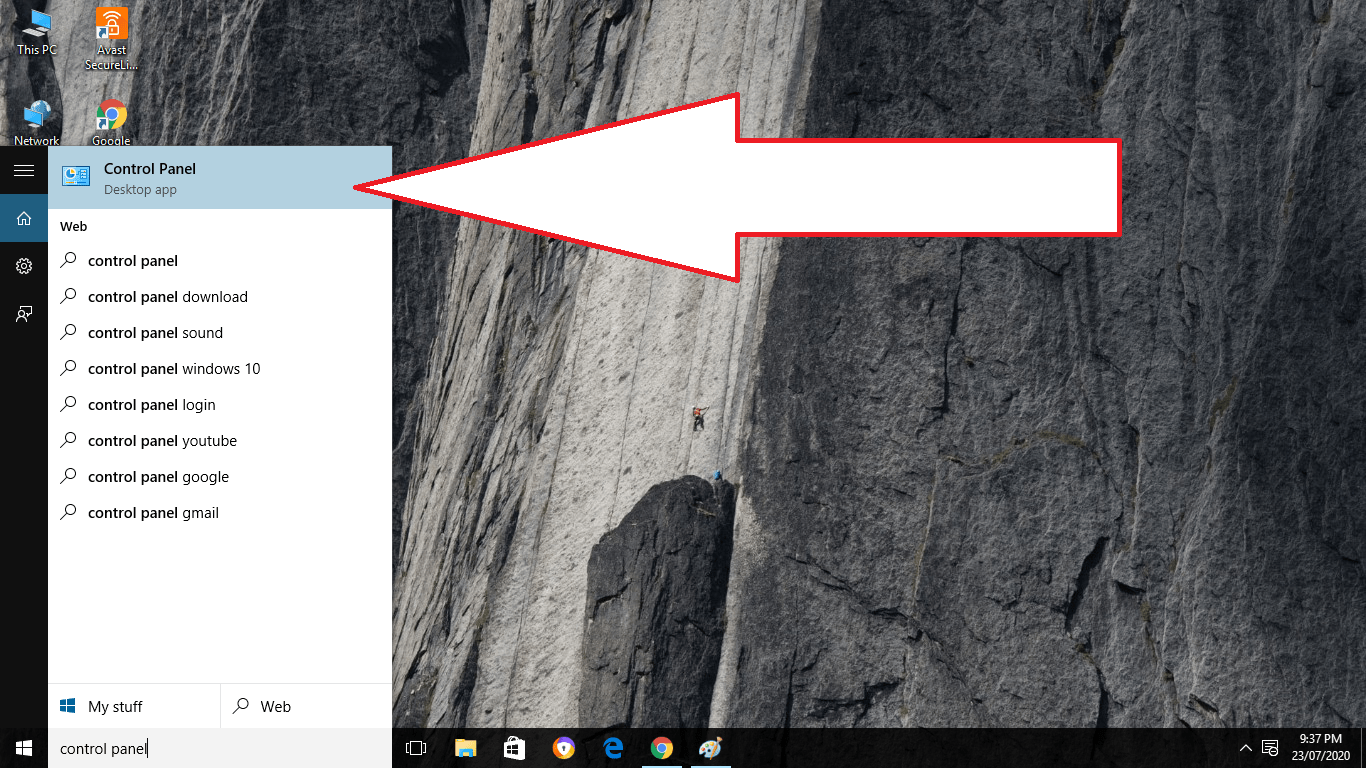 After that search the File History option under the System and Security section and then open it. 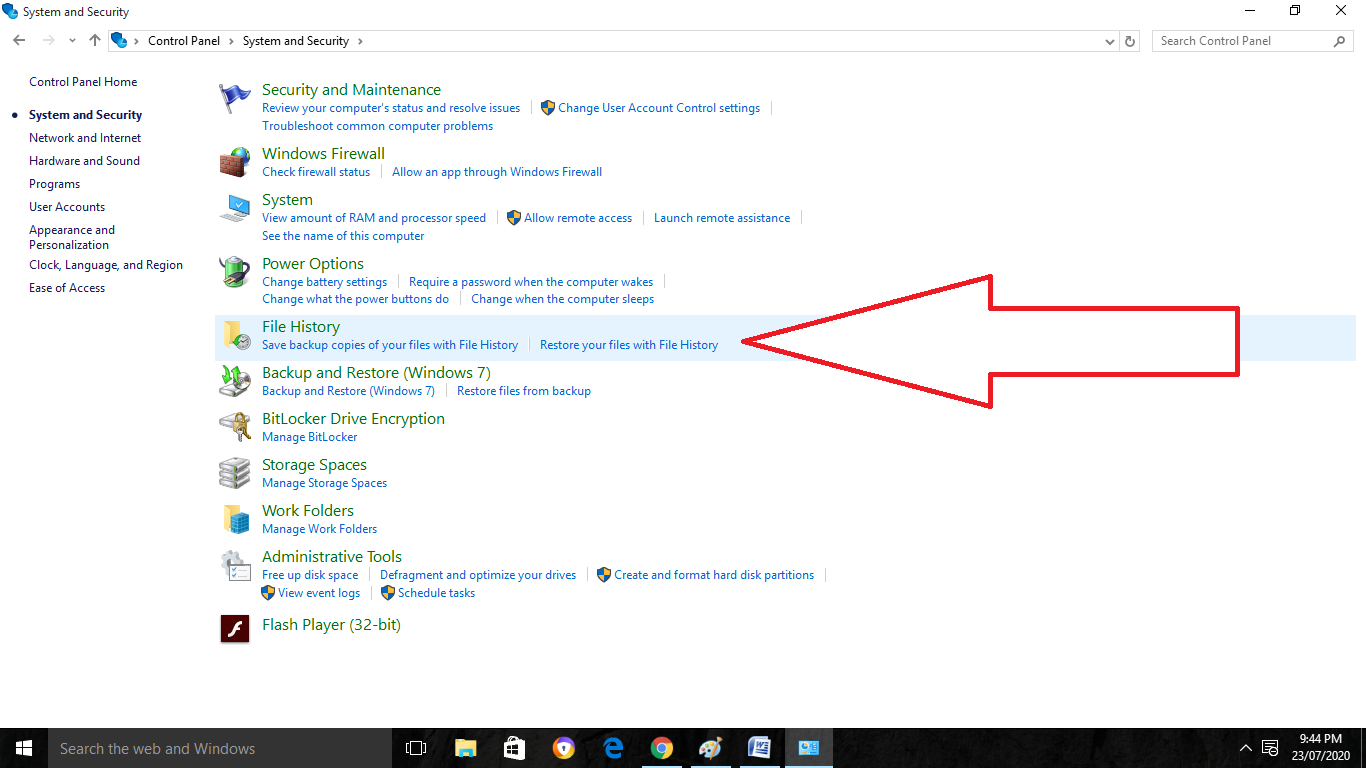 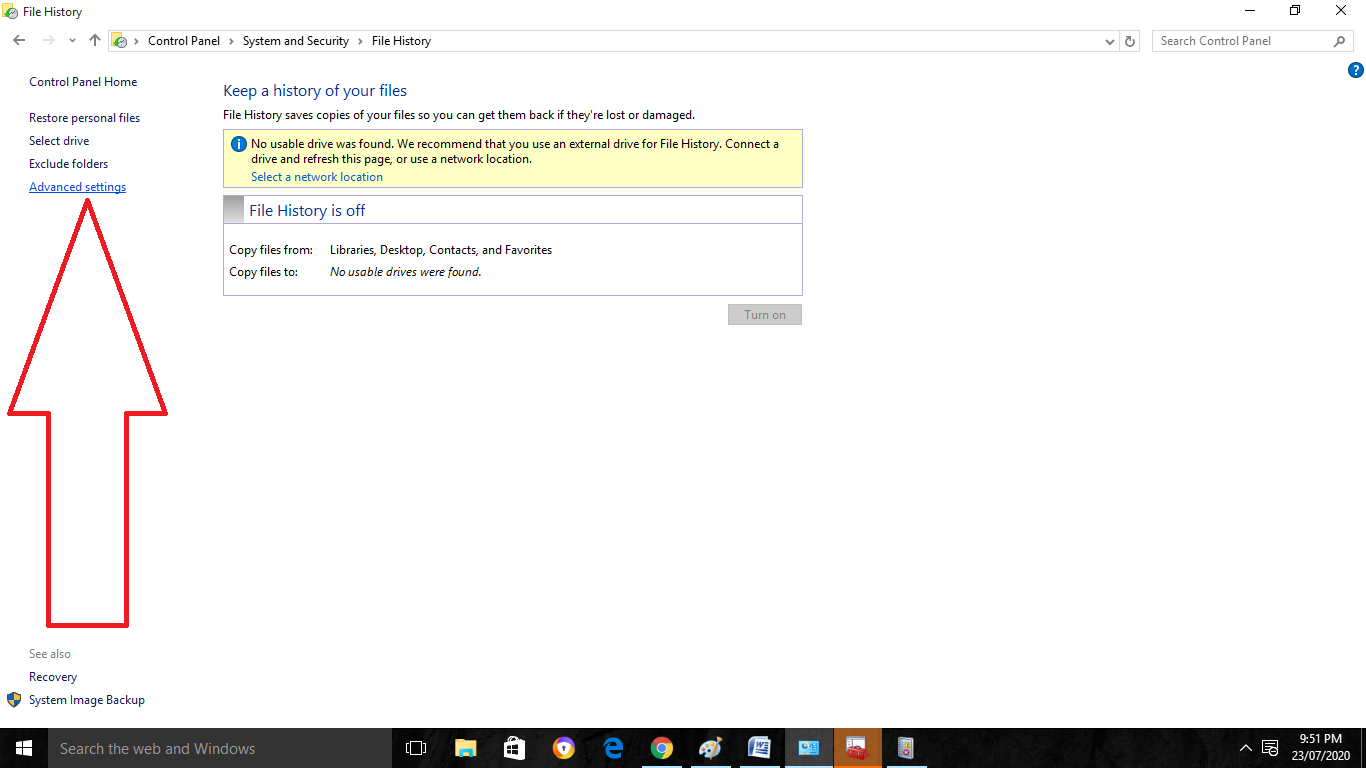 When the pop-up window will appear on the screen, you can decide till when to keep the History Backup versions of the saved files. You can set it for a month and when it will exceed the range the deleting will be done in an automatic way.

You can also go for the Clean up versions for deleting the backup files in your Windows 10. It will delete versions of folders as well as the files that are older than the required time other than the files and folders that are added recently. 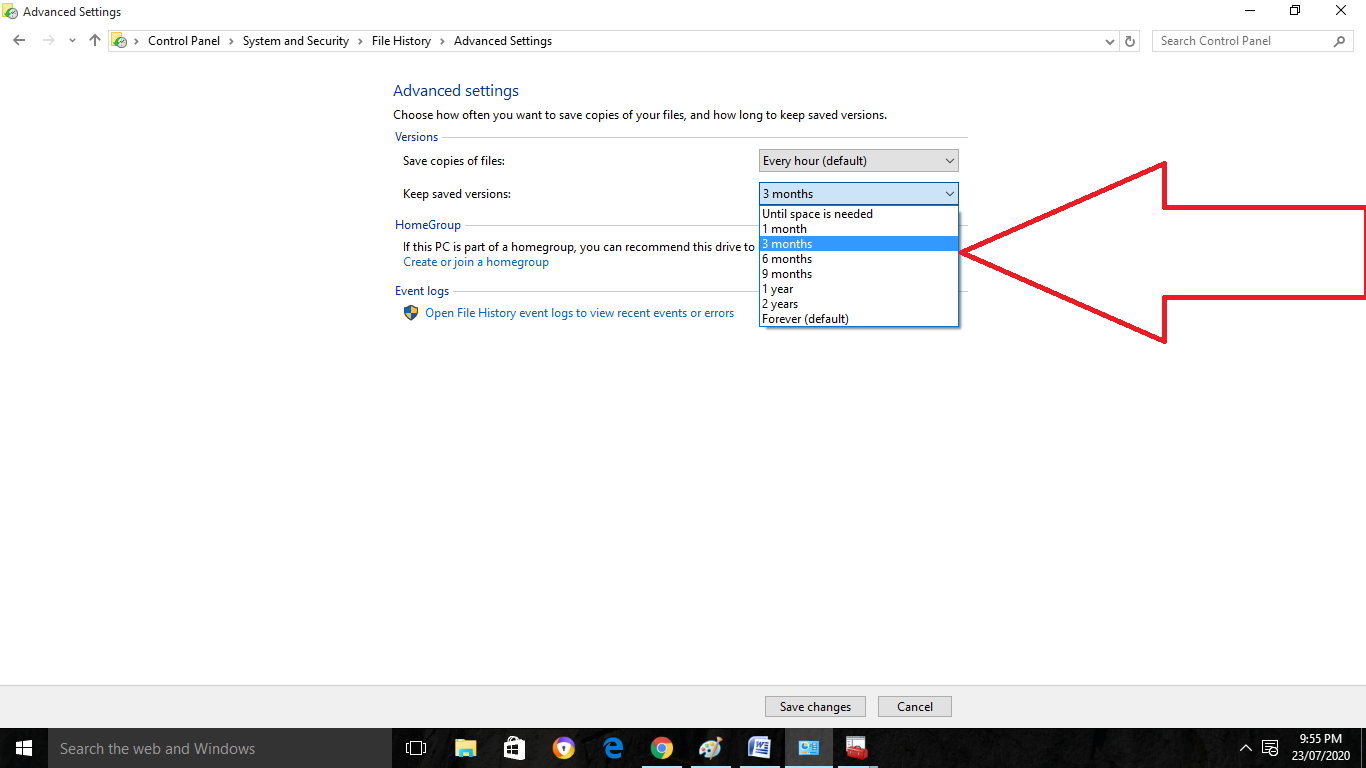 There is the Backup and Restore named as a snap-in utility which gives the allowance for the creation of backups of files on the hard drive as long as we will turn on the settings of schedule.

Now you must be wondering how to delete the backup files in Windows 10 when the backup drive is full.

We have explained the steps of it below:-

Begin with clicking on the Start button. After that click on the Settings option and then select the Update & Security from it. 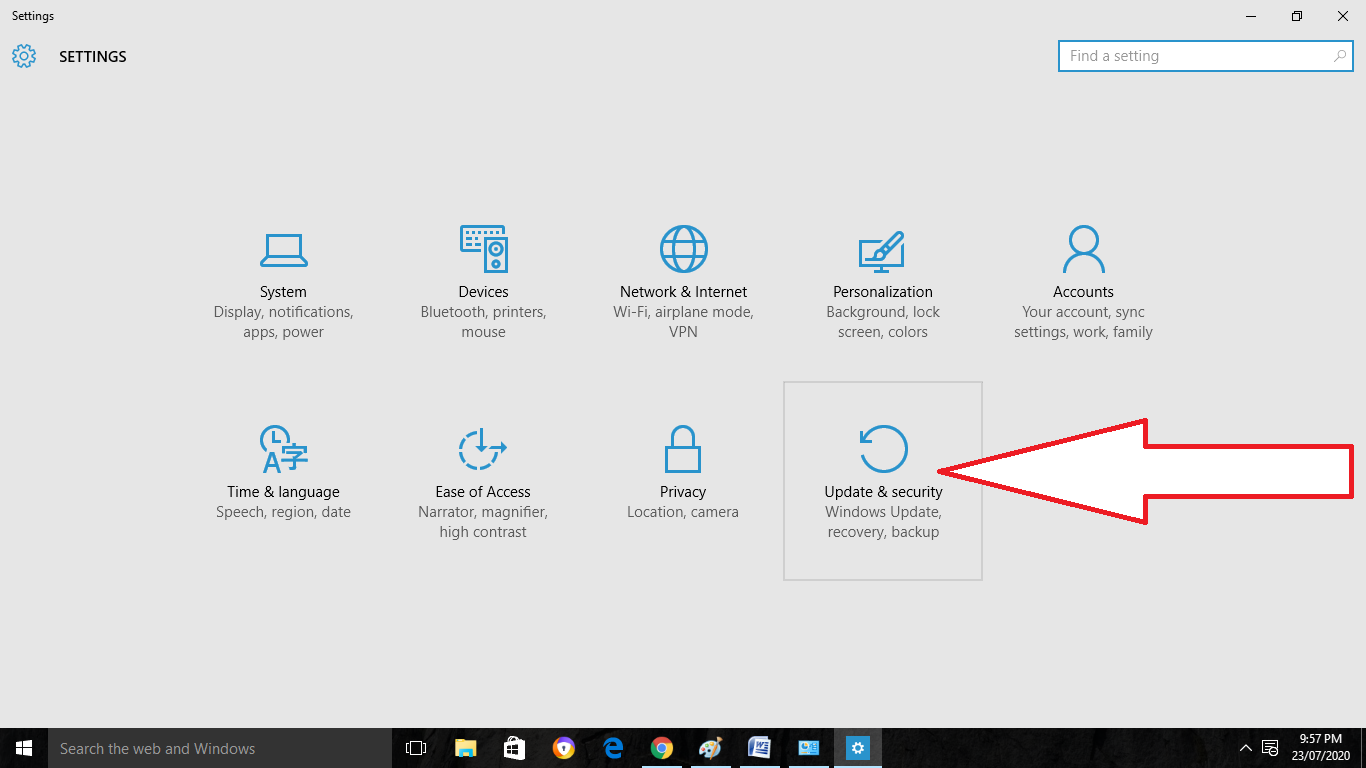 On the given page of Backup, click on the link of Go to Backup and Restore (Windows 7). 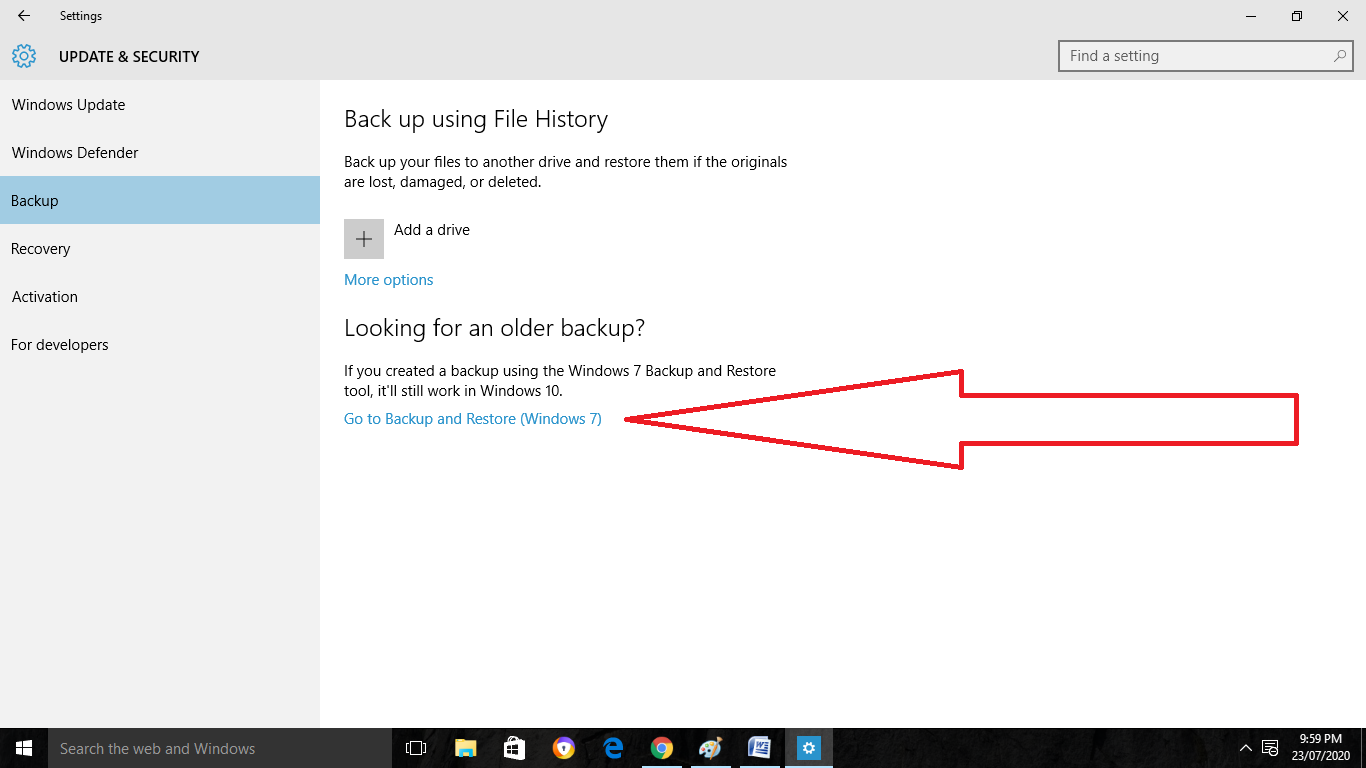 After that, do the selection of the Manage space option in the given section of Backup. 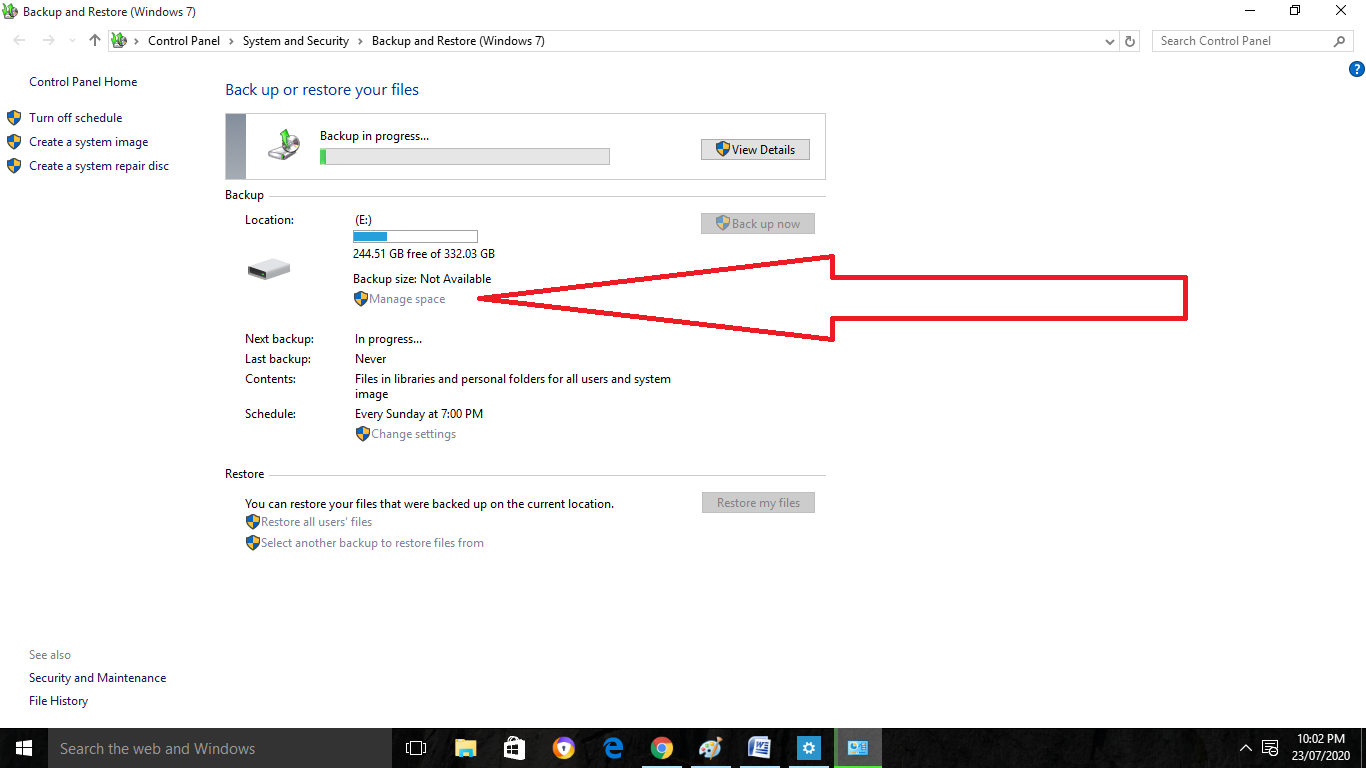 Then the window of Manage Windows Backup disk space will appear on the screen where two of the options are given for selecting to choose the free up disk space on the given disk of backup.

If you will click on the button of View backups in the section of Data file backup. It will ask you for selecting the time period of backup for deleting of the backup files in Window.

You can also do the selection of the Change settings button for cleaning up the disk space. You can perform by changing the older system images. Now the screen will show the two options for deleting the windows image backup.

The first option is in the default selection. There will be automatic savings done by the windows. As the range goes to 30%, the older system images will be deleted.

Similarly, you can perform the backing up of the files on your Mac devices too. Just the difference is that it includes the utility which is named as a time machine which makes it easy for backing up of the data for the required time period. As deleting of the backup files on Mac means to delete the backs in Time Machine. The procedure in Mac devices is also easy to access for deleting of the backup files on it.

Deleting the System Points for cleaning up the Backup Disk Space

Other than the deleting of old backups, WR has the other inbuilt tools for the Windows Backup. We can easily create the system restore point to undo the system changes which we don’t require and then perform the restoration of the protected files to the older version.

To allow the free up disk space at the time when backup drive is full, we can delete the older restore points. For performing that, open the tab of system protection on your screen and then click on the Configure option.

Now perform the adjusting of disk space of which is used for the system protection. You can adjust it by moving the slide to the right side. As the filling up is done of the space, the older ones of restore points will now be deleted there.

The necessity for deleting the Backup Files in Windows

As there are two features in the Windows operating system, the Backup and Restore, and File History. They provide help for backing up the data along with the system for the full protection of the computer from getting the corruption of system or data loss.

As data backup files include the data of the app keeps growing every time. After a few moments, you will get that they have taken various amounts of space. If you find that the disk of backup is full then no other backups can be created there which will leave the data along with the system at risk position.

It actually requires a few times for the deleting of old backups or the removal of app backup files. Also for getting the additional form of space on the drive to continue for the creation of the new backup.

The backup files are usually stored on the USB drive or in the external hard drive.

Here on how to delete backup files in windows 10, we have provided more information other than deleting the files backup on Windows 10. As we have given two ways but you can go for the selected way which you feel better to perform. Hope this helped the readers in accessing fr the deleting of file backup data in their Windows 10.