Twitch TV is a wonderful video streaming platform for Windows and Mac. Along with the downloadable app for Android and iOS. Technically, the Twitch Error 2000, error mainly caused by the failure by the secured network connection.

Mainly, the Twitch Error 2000 occurs most often on the Google Chrome web browser on Windows PC. What happens when this error appears on Twitch, the users cannot able to access the contents on the Twitch. There are several reasons that cause this failure such as AdBlocker, Software Update, Internet connection, and much more.

In this article, we are going to apply some solutions to get rid of the Twitch Error 2000 without having an extra hassle or taking the help of an expert.

However, you can also try some of the methods to access Twitch on Google Chrome. Firstly try to use incognito mode and then clear the cache and cookies which mainly slow down the internet connectivity on the devices. Before performing clear cache and cookies you can export the data into the system to avoid the loss of history and bookmarks stored in Google Chrome.

Mostly, the Twitch Error 2000 happens on the Google Chrome browser. So firstly we recommend you switch to any other web browser that you used on your PC or Smartphone. There are some best Google Chrome alternatives we suggest you use for using Twitch.

Mostly the Live streaming platforms, such as Twitch TV, exercise some rules to prevent the users from occurring able to neutralize the ads. So if you’re using an Adblocker or extensions relevant to ad blocking then it can be a conflict with the Twitch TV service.

To get rid of the Twitch Error, you have to disable all the Ad blocking extensions from the web browser such as Google Chrome to access the Twitch TV. Moreover, Privacy and security web extensions alike Ghostery may also be to impute for the error.

For removing the Extensions on Google Chrome, follows.

1. Go to the (…) icon given at the top right corner and click to open the menu list.

2. From the Menu list, Select the More tools > Extensions.

3. Now, Disable all the ad blocker extension along with Privacy & Security.

Additionally, you can also make changes to the Internet Router Settings that you’re using to access internet connectivity. In the Router settings, modify the subnet mask to 255.255.255.0, reboot the router, and try to connect to Twitch.

Most of the Windows Antivirus such as Avast, Windows Defender, Kaspersky can also be responsible for Twitch Error 2000 or Twitch Error 4000. Technically the antivirus is developed to block content that are not secured but they also have the ability to block web content for multiple security reasons.

You can easily disable the antivirus you’re using on your Windows 10 PC or laptop. To get rid of the Twitch Error while live streaming through app or web browser. In case if you don’t know how to disable antivirus on Windows. Then here a short step by step guide.

1. Go to the Start Menu and use the search bar to find “Windows Defender Firewall” and open it. 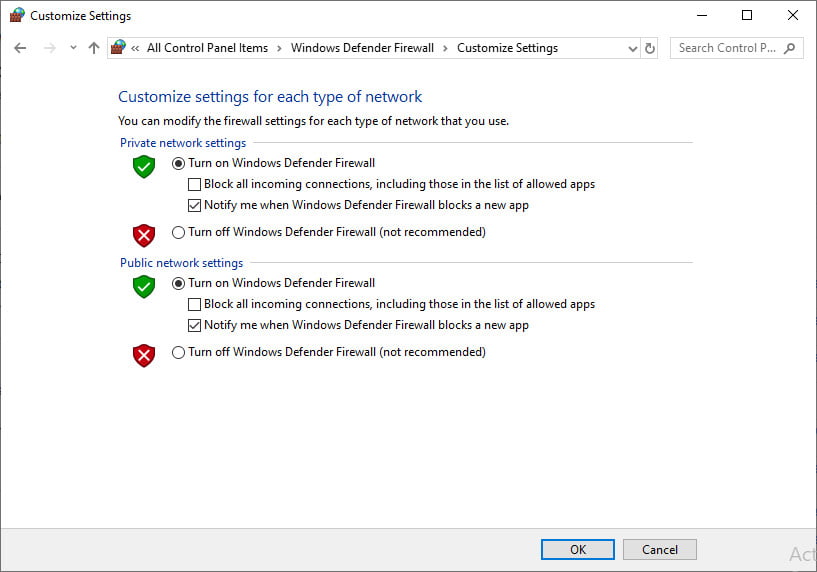 In case if you’ve tried all the above-given solutions and still you cannot able to access the Twitch TV due the Error 2000 on the web browser such as Google Chrome or Safari. Then you can also switch to Twitch TV App of the desktop version.

The Twitch Desktop App offers the same user experience just like the web browser. You can easily download and install the Twitch application for Windows and macOS from their official store. Or else you can also you Twitch application on smartphones such as Android and iPhone.

Basically, the Twitch Error 2000 occurs due to the internet connection and you can easily resolve the issue using these methods such as disabling the ad blockers, antivirus, or reset the internet connection. Moreover, if still, you cannot get rid of the error then switch to any other web browser or mobile application of Twitch TV.