If you’re using Microsoft Windows that you know what I am talking about, Basically, I had a window that shows how goes to sleep mode or off-screen while working. However, right-click on the window will bring back from the off-screen. But there is no way Windows users just like can easily restore the window where you can easily move it using the mouse pointer.

How To Move A Window That is off Screen

Fortunately, there are some methods that Microsoft Windows users can use to fix this type of issue without having a hassle. In this article, we are going to show these methods in a step by step instructions.

In this method, we try to change the screen resolution of the Windows to get the window back to on-screen.

1. Launched the problematical app if it’s not opened already.

2. Now, Right-click on a blank area of the system screen, then select “Display settings“. 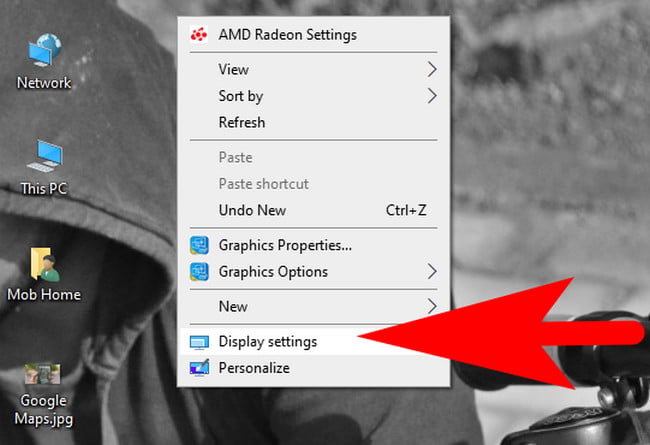 3. After that choose “Advanced display settings” at the bottom of the window.

4. Provisionally switch the “Resolution” to a different value, then select “Apply“.

5. Notice if you can observe the window on your desktop screen now.

6. Replace the resolution back to the early value, then choose “OK“.

In this method, we try to use a desktop toggle feature to get back off-screen windows to on-screen.

1. For this method, Hold the Windows Key + D button (Keep Repeat Pressing the button) to see if the window will reappear again on the desktop screen.

2. You can also alternatively, right-click on the blank area of the screen, then select “Show in Desktop” and then repeat the above step.

In this method, we try to use left and right arrow keys along with the Shift key on your keyboard to move off-screen.

We use the Shift key along with left and right arrow keys to bring back off-screen windows.

1. Start the app or program ( if it’s not already opened).

2. Go to the Taskbar and Press the Shift key and right-click on the app or program or app icon.

3. Select, Move from the menu list. Press the Left & Right arrow keys until the program reappears on the screen again.

This is also a similar method, but here we swipe Shift Key with Windows Key. This will rely on the Snap features available on Windows to move off-screen windows.

1. Start the app or program.

2. Choose the app icon from the taskbar and make a current selection.

3. Now, Press the Windows Key while pressing the Left and Right arrow keys.

The cascade windows feature will arrange all the active windows in a cascade, ricking the title bars like a school card index.

1. Right-click on the blank space on the Taskbar. 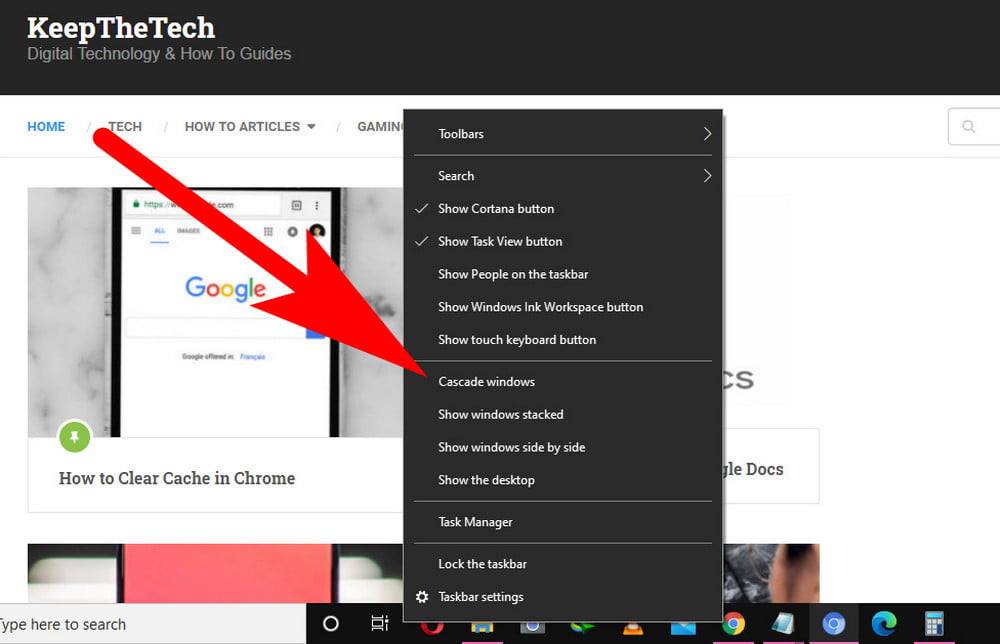 3. All the opened windows will be arranged in cascade including the missing window.

Well, sometimes the app or program stuck in the state where it cannot be withdrawn on the screen on its own. You can easily bring back the window or app by using the Maximize feature.

1. Go the Taskbar and Right-Click on the app or program icon that wants to bring on-screen again.

2. From the Pop-Menu, Select the Maximize option.

3. The app or program will be back to the screen again.

Move A Window That is off Screen on Mac

Just like Windows, on the Mac, there are also different methods to bring back off-screen windows or apps to on-screen. These are some of the best and working methods that help you out access off-screen programs or apps.

In this method, we are going to quit the app or program that runs on the Mac and force a relaunch of the app to access again from where we left without having a hassle.

1. Click on the Apple icon located on the top left of the Mac screen.

3. Now, choose the app or program that you want to relaunch from the list of applications. Then Click Relaunch.

2. Select, “System Preferences” from the given menu options.

4. Click on the Radius button given next to the Scaled.

In Windows, there are multiple methods to bring back off-screen running app or programs to on-screen as you also see. In this article, we have mentioned more than four methods to access the missing program.

While on Mac OS, there are not many options to get back the app back to on-screen. You can change the resolution of the Mac screen to smaller to access all running app or you can Force Quit and relaunch the app.

However, on this, how to move a window that is off screen on mac there is a third method,  You can use Window Zoom feature to make app reappears on Mac.