What is Artificial Intelligence (AI)?

Artificial Intelligence sometimes called machine intelligence and its intelligence determines by machines and computers to work like humans. In other words, Artificial intelligence is used in any device which identifies its environment and takes action that maximizes its chance to successfully achieving its goals. Most AI examples that you see about -playing the chess game with the computer, voice recognition and many more.

In today’s world, AI systems are trained to do clearly define a task, many devices and machines are using this AI technology like laptops, mobiles, tablets etc. The trending software of AI is the face recognition feature that you will see in the latest mobile phone and a voice recognition feature in laptops like “Cortana”. Artificial intelligence is very useful in today’s world and in the future its more usable technology as compared to the present world. 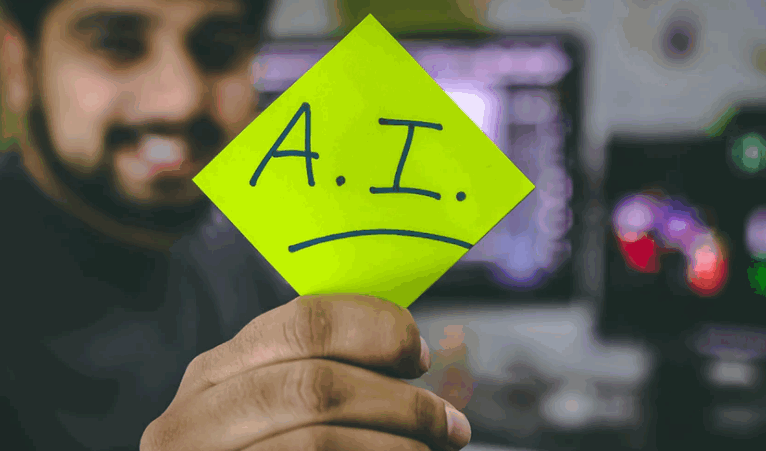 Artificial Intelligence (AI) was discovered in the 1950s. The research of AI in the 1950s has explored some topics like problem-solving and symbolic methods. In the 1960s, the US Department of defence takes interest in this type of work in AI technology and it starts training computers to perform basic human reasoning. For example: In the 1970s, The Defense Advanced Research Project Agency (DARPA) successfully completed street mapping projects, and in 2003 DAPRA produce intelligence personal assistants, long before Alexa, Siri or Cortana, were a household name.

This work of DAPRA is a way of formal reasoning and automation which we see in today’s computer as a Decision support system and smart search engine, that can be designed to complement and expand human abilities.

AI is popular in today’s world because of increased data volume and advanced algorithms and improvement in storage and computing power. The Science fiction novel and Hollywood movies show AI as a human-like robot that takes over the world. AI has evolved to provide many specific benefits in every industry like Health care, Retail, Sport.

Today’s, Humans and Machines both are generated a large amount of data, AI has the ability to absorb, interpret, and make complex decisions based on data. The artificial Intelligence design basis for all computer learning, and is the future for all complex decision-making.

These combinations are extremely efficient at calculating by computer and modification arrives at the best decision. AI and the logical evolution of machine learning and deep learning are the support in the future of business decision-making.

How Artificial Intelligence is Being Used?

AI capabilities have a high demand in every industry, it can be used for legal assistance, medical research, risk notification, and patent searches. Other uses of AI include :

AI can analyze factory IoT data as its flow from connected equipment to calculate expected load and demand using a recurrent network, a specific type of deep learning network used with sequence data. In every industry, AI is an area that has been growing up day-by-day at the front incorporating the robot into the workflow. An industrial robot used to perform a single task and was separated from humans workers.

Personalized medicine and X-ray reading can be provided by the AI application. Personal Health care assistance can act as a life coach, reminding you to take pills at a time, do exercise or eat healthier. One of the best health care technology is IBM WATSON. It understands natural language and is capable of responding to the question asked of it. AI application is very useful in the medical field because of its caring like a human and in future AI is more useful in health care.

AI provides virtual shopping capabilities to the consumer and it offers personalized recommendations and discusses purchase options. The process of robotic automation is being applied to a highly repetitive task normally performed by humans. The machine learning algorithm is being combined with analysis and CRM platform to discover or uncover information on how to better serve a customer. websites that have chat-bots can be integrated to provide immediate service to customers.

AI can assess students integrated to their needs to help them to work at their own pace. AI educators can provide additional support to the student, it gives a better understanding to them, ensuring they stay on track not try to go out of track. AI could change the way where and how students learn.

In sports, AI is used in the camera to capture images of gameplay and provide coaches with a report on how to manage the game and organize a better game, including optimizing field position and strategy.

How many types of artificial intelligence?

AI has achieved unbelievable strength in the past couple of years. The current artificial intelligence system has the capability to simplifying complicated calculations very fast and managing a large amount of data. AI developers trying to develop sentient machines in the future. In the coming year, AI can reach and improve upon the performance of humans in solving a different task. Different type of category in AI are:

An example of the reactive machine is Deep blue, IBM chess-playing computer is called Deep blue beat Garry Kasparov in the 1990s. At that time, he is an international grandmaster in chess. The deep blue program can identify pieces on the chessboard and make the forecast, but it cannot use past experience to inform future ones and it has no memory. It has the capability to analyze possible moves its own and its opponent and choose the better one.

In the same way, Google AlphaGO beat the top human Go experts, but it cannot access the future move. It is designed for a narrow purpose and cannot be applied in another situation.

In the Limited memory AI system can use past experience to inform future decisions. An example of a decision-making function is self-driving cars that are designed to detect the movement of the vehicle around them constantly and static data such as traffic light, lane mark and any curve on the road will be added to the AI machine. This function observes information and taking action in the not-so-distant future. It takes 100 seconds for an AI system to make a decision in self-driving cars.

Theory of mind is a very advanced technology. In the term of psychology, the theory of mind means that the understanding of people and things in the world that can have emotion which changes their own behaviour. Still, this kind of AI does not develop completely, but research shows that the advancement of AI is to begin by developing robots that act according to the look, they have the ability to identify eye and face movement.

self-awareness AI is a supplement of the theory of mind. This type of AI does not yet exist, but when it arrived, it can configure representation about itself. This means that particular devices turned into indications from humans like emotion, attention spans and also able to display self-driven reactions.

ANI is the most commonly used technology that can be found in many aspects of our daily life. we can find this in the smartphone-like Siri and Cortana that help a user to respond to their problem on request. This AI system is designed and trained to a particular task. This type of AI is known as weak AI. because it is not strong enough as we need it.

This Artificial Intelligence system generalized human intellectual ability so that when presented with an unfamiliar task, it has enough intelligence to find the solution. In other words, this AI system works like a human and is also called “strong AI”. Most of the robots are use ANI, but few robots are used AGI. Example pillo robot use AGI which answer all question with respect to the health of the family. It can distribute pills and give guidance about their health.

The ASI artificial intelligence system has the ability to accomplish everything that a human can do or more. The first humanoid robot is Alpha 2 and its developed for a family. It is capable of managing a smart home and can operate the thing in your home. It will tell you an interesting story and notify you of the weather condition, it feels you like is a member of the family.

Which Programming Language Use For AI?

There is many programming languages that exist for the development of Artificial intelligence but, it’s difficult to choose the best among them. The development process depends on the desired functionality of the AI application being developed. There is no single language that serves each and every purpose hence, no language can be declared as best. Until now AI has achieved autopilot for self-driving cars, bio-metric intelligence, and other application, these applications require different artificial intelligence coding languages for their development project.

Here are commonly used as a programming language to building AI solution:

Python is one of the famous languages use in AI development which is because of its syntax simplicity and versatility and is especially used in health-related startups involving AI. Python is a very encouraging language for developers for machine learning as it is less complex as compared to C++ and Java. Another reason for python’s popularity is its features such as interpreted, modular, dynamic, interactive, portable which make it more unique.

Also, Python is multi-paradigm programming supporting object-oriented, functional style of programming and procedural. It supports the neural network and development of the NLP solution.

C++ is the fastest computer programming language, its speed is appreciated in AI development. It provides faster execution time and less response time which is applied in the development of computer games and search engines. C++ supports the re-use of a program in development due to inheritance and Data-hiding thus efficient of time and cost-saving.

Java is another programming language that is used in AI development because of its familiarity and easy-to-use features. Java is a high-level language that follows the object-oriented principle and the principle of “written once run anywhere”(WORA).  Java is always used by those developers who plan to develop a large-scale project and it is not appropriate for NLP and search algorithms but also for the neural network.

Lisp is another high-level language that is also used in AI development. It is the second oldest programming language after Fortran, It’s developed over time to become a dynamic and strong language in coding.

Lisp has fast prototyping and experimentation which in turn facilitate to grow to a standard AI language. It has a macro system which facilitates implementation and exploration of different level of intellectual intelligence. It is highly suitable for inductive logic projects and machine learning, and it is not as fast as compared to other languages.

Prolog is also the oldest programming language like Lisp and it’s also suitable for AI development. It has a dedicated set of machines that consists of a small, flexible yet well-built programming framework. It is rule-based and declarative language as it contains facts and rules that dedicated its AI coding language. It is extensive use in artificial intelligence projects and its also used for the creation of the medical system.