As we all know National Football League (NFL) is the world’s largest American football league. I still remember the time, When I growing up my parents don’t allow Cable TV in our house.  It torture, listings to kids to school and some other problems.  there are some ways from which I can easily access NFL games without paying any additional fee for Cable TV.

When I grow up to a perfect man, things change I don’t have an interest in watching tv. So why should pay for Cable TV, But when it comes to NFL games there are some ways from which I can easily access to NFL games without paying any additional fee for Cable TV?

If you own a network connection with a perfect computer you can easily watch NFL for free without paying for Cable TV.

You don’t have to use Google to search “How To Watch NFL Game Without Cable TV”. Just read out this article and share it with your friends who like NFL just me.

So basically if you’re a fan of the local team then the easiest way to watch an NFL match with an Antenna. You can easily use old wires to make an antenna. Readout this article to know how you can easily make Antenna through home accessories.

If a homemade Antenna doesn’t work with your TV system. There are some other options you can also buy the antenna on the market but the thing is you need to find one that matches your needs.

If you don’t know how to find an Antenna that matches your TV then go to TVFool.com where you can easily file a report regarding your TV information and you can get an Antenna information match to your TV system.

Now move to the second option. If you think using Antenna is not a good idea.

The Sling TV is one of the cheapest cable networks. If you want more coverage networks which means you need cable networks like ESPN or NFL. However, both networks are pity expensive.

I personally use Sling TV and recommend you if you want cheap TV cable. Sling offers various types of channels to live stream over the internet connection. However, if you want to stream on your television, you need a device like Apple TV.

You can subscribe to Sling Orange Pack. In which you get various sports channels with ESPN. That cost of this package is around $20 that means its one of the cheapest way to watch NFL games.

The TV Everywhere App is an android and iOS platform application form which you can access some random channels such as Fox Sports, NBC Sports. Pretty much all networks have their apps these days.

Some of the Sports channels including ESPN, Fox Sports networks can also available on PlayStation Vue.  It’s also the same as Sling TV in which you’ve to pay some amount to active monthly pack. Just pay month to month and you can get stream cable channels.

The price of the PlayStation Vue Package is $29.99 this is a basic package in which you can get an ESPN network and a bunch of other channels of sports. However, if you want an NFL network you’ve to upgrade the package for $34. 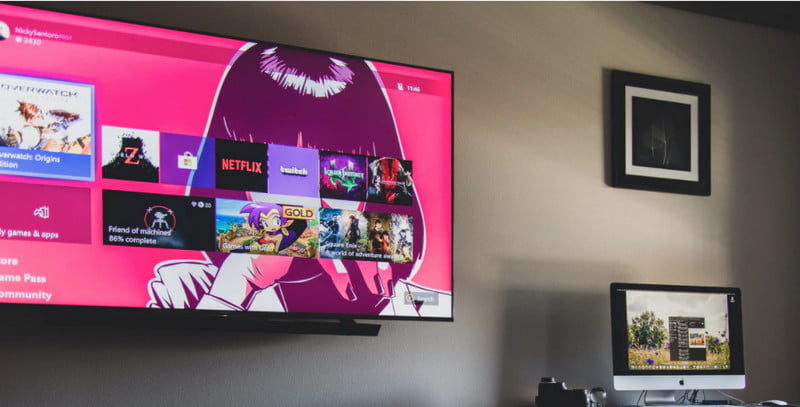 So unless you’re someone who works on Sunday and can’t watch it later. In that case, the game pass is not one of the best options for you. The  NFL games also offer an international version of the NFL game pass that may be cost around $200 – $250.

Which plays all games live as they air. Inside the U.S geo-restrictions keep you from accessing the international version.

Then you have the cheapest option to watch NFL games for free through NFL mobile app. But there is a catch, the service is only available on your mobile devices. This means you can’t stream live NFL games to your TV.

The VIDGO is one of the Cheap Cable TV Alternatives same as Playstation Vue and Sling TV. There are some rumours around the web, that VIDGO will soon launch the NFL network and a bunch of other sports channels such as ESPN etc.

The Sports Bars are also one of the best options to watch NFL games at cheap prices. If you don’t know where the Sports Bar located in your local area. Just use Google to search “Sports Bar Near Me”.

However, it doesn’t come at cheap while it’s free to watch NFL games on the Sports bar. You have to pay “rent” in the form of ordering drinks. So basically it best to watch a match with a beer that makes the best livelihoods.