High contrast is used to see clearly the written text while surfing web pages on a web browser such as Google Chrome and Firefox. The best example of the perfect use of high-contrast on the laptop when you’re sitting next to the window and heavy light coming from window make you hard to read text on your machine.

But, using high contrast also cause some eye vision problems the perfect use of high contrast when the outside light brighter and you can’t able to read the on-screen text. So when you’re in home or office you must turn off the high contrast on a computer.

In Microsoft Windows series including Windows XP to Windows 10, you can easily turn on and turn off high contrast.

However, in this article, we demonstrate how you can turn off high contrast on windows 7. Because Windows 7 was the most used windows in computers globally.

Go to Start Menu and in the search box, Enter “Turn High Contrast Off” and hit the Enter button. 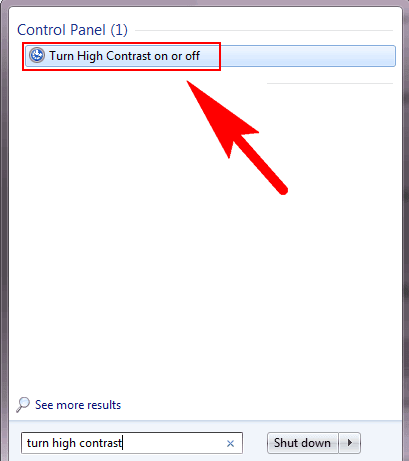 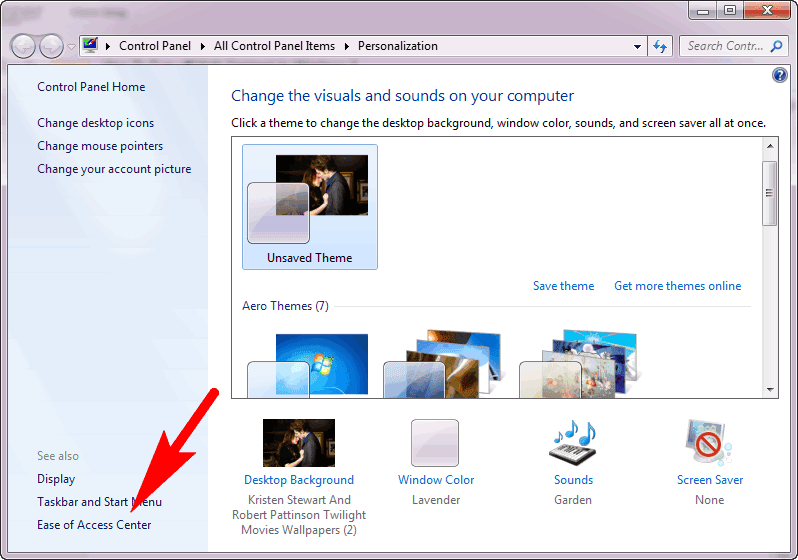 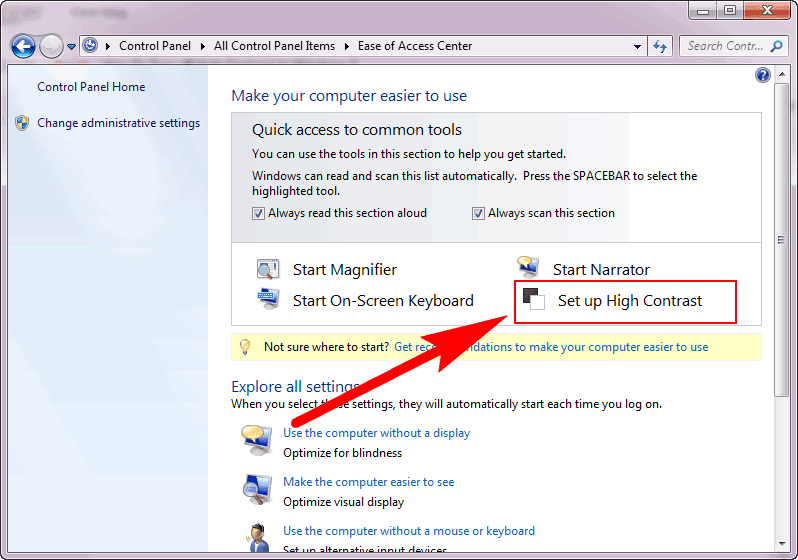 In the next window “Make the computer easier to see”. 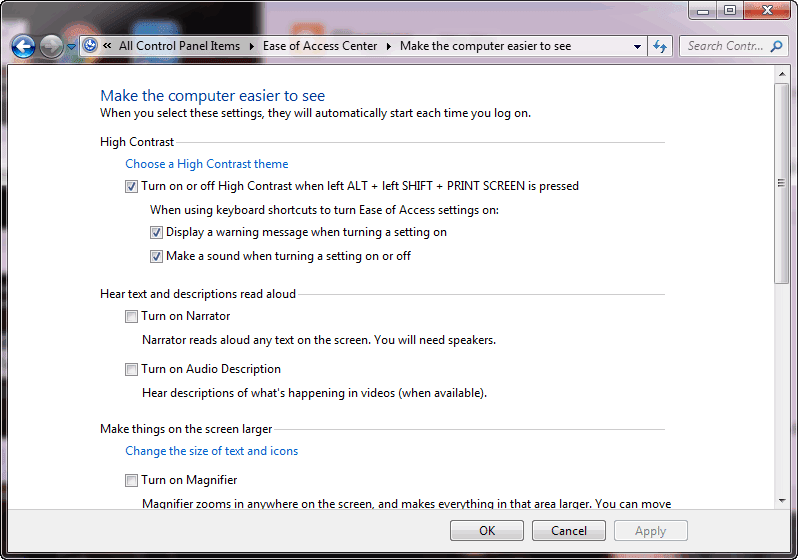 To Turn off  High-Contrast. Uncheck the box with named “Turn on and off High Contrast “.

However, some windows complain about all of these above methods doesn’t work for them. So there is also another method which allows you directly disable high contrast.

You see a new window Window color and appearance. 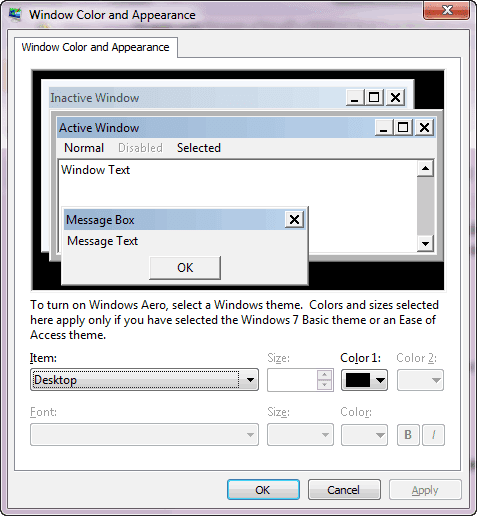 In it from the drop down menu change the color scheme to the option of your choice that automatically remove high contrast from the computer.