City Building games are most of the interesting video games for teenagers and adults. These games had contributed lots of building tactics and much more to the gaming industry. Basically these games all about designing a building structure and communities.

There are heaps of Android city building games are available on Google Store for Android device users. To increase the knowledge of construction and comfort your tactics. You can find more advanced features in certain games to design better buildings and more you cannot get boarded while city building game for a long time period.

As I already said, there are lots of city-building games are available for android devices but how do you find out which one is best to play to get better gaming experience. In this, we going to help you, without taking a penny from you.

In this article, we gathered some of the best and top-rated city building games that currently trending on the android platform and offering outstanding simulation experience to their users. We have assembled the list of top ten city-building games for android and feel free to let me know which one is your favourite through the comment box. So, Let build some amazing building designs. 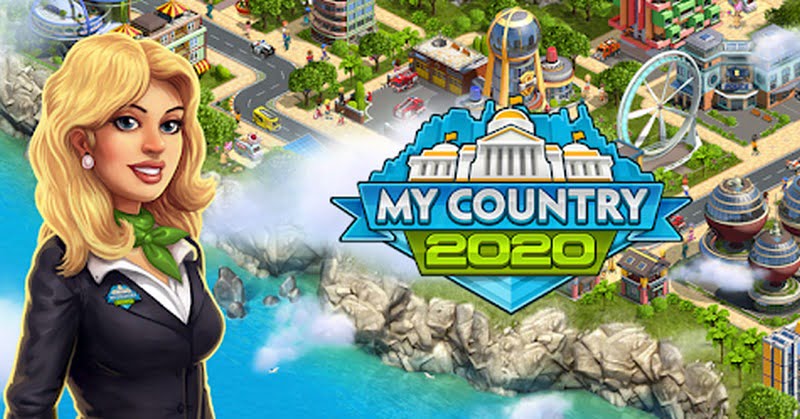 Just like the name of the game 2020: My Country, the player has to build a city for the future period. And you cannot succeed in this game without a decent strategical strategy. The most interesting part of the game is you can take steps towards natural disasters and other relevant issues. Furthermore, 2020: My Country advances deeper gameplay of city-building and construction. It’s also an offline city building game in case if you’ve had an internet connection on your device you can still play it. 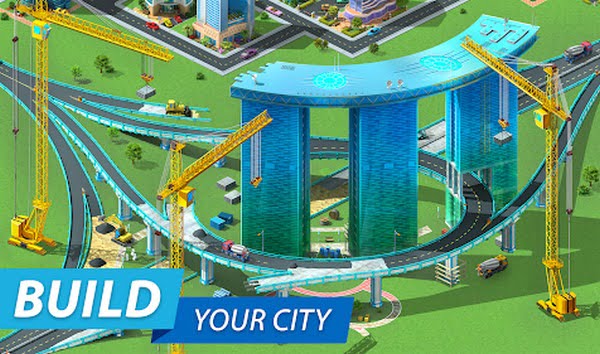 Megapolis is the most downloaded city building game available on Google Play Store and matter of fact I also play it. Moreover, the gameplay of this game is amazing because it allows you to build roads, buildings, airports, railroads in your city. The quilty of graphics is outstanding along with audio the game also has outstanding contrition tactics. You cannot expand your city without gaining elements like railroads etc.

You’re the mayor of Megapolis city and you’ve full control over your city and you’ve increased the reputation of the city by building amazing constructions. The game app is free to download any android device user can get it from Play Store. 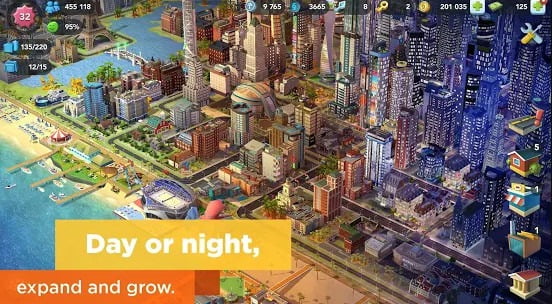 SIM City BuiltIt is developed by Electronic Arts (EA) the simulation is great. Being a mayor of SIM City and hero of your very own city as you design dynamic buildings and other constructions. Moreover, it’s one of the best city-building games loved by simulation design game lovers.

In this game you can easily start building your city from the start compare other city building games its a plus point. The gameplay allows you to build the city using elements and the game level will become more complex with different construction tactics as you advance in the game. 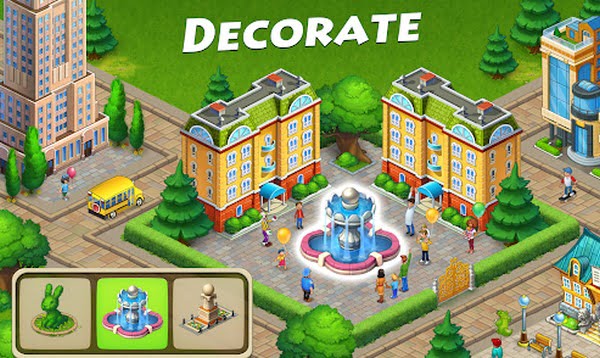 Town Ship is also a great example of city-building games for teenagers. The millions of android users have downloaded this game and building their own personal city without having a hassle. Now lets come to the topic, Township also 4.8 rated android game out of 5 ratings. Basically in this game, you’ve to build your personal town and customize it using different elements and most importantly you can also purchase other towns of your reveals. 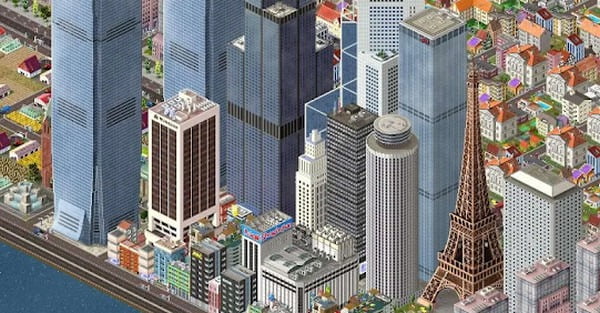 TheoTown is a great example of city-building simulation games. The game is developed by BlueFlower and the game has download on millions of devices from Google Play Store. The gameplay also great because as a mayor of the city you’ve astonishing skylines and structures, all of which resemble various statistics. 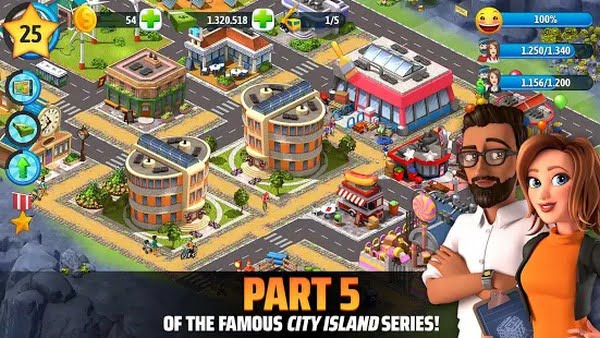 City Island is one of the most famous city building games among city builder lovers. The City island series is a great achievement for both the developers and game users. Currently, the newest City Island 5 is trending on google play store because of its amazing gameplay and features like offline playing, dynamic audio and graphics and much more. If you know what I am taking about then go and download the game from Play Store and enjoy the best city building simulation ever. 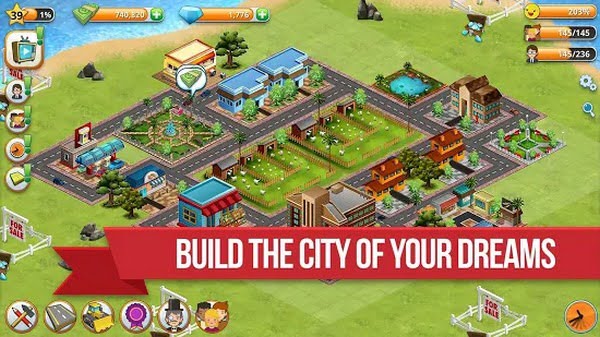 Village City is an island simulation game for the Android platform just like other city building games. But in this game, you’ve to build a city in the village by using given elements. In simple words, you’ve to build village buildings and houses on a larger scale to take over your rivals.

In terms of gameplay, the game offers an outstanding interface with audio and graphics for android platforms. So download the game and build your very first house in the village and expand your community. Moreover, design and the outstanding town of your own with building tools and people will follow you. 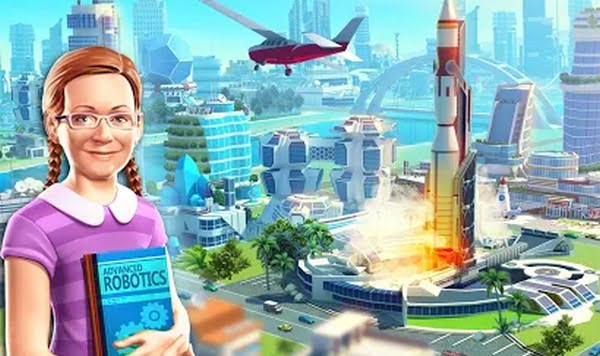 Little Big City 2 is and the second version of Little Big City it was developed by most popular game developing company Gameloft Ltd. Moreover, the game was awesome just like its name as you see Gameloft always offers an outstanding game in the gaming industry from way too long.

The size of the game is bigger compared to other city building games, this game comes with 30MB storage space. In terms of gameplay, it was amazing without any second thoughts. Basically you’ve to build a hole city using this simulation game though different tools and attract people by your city-building skills. 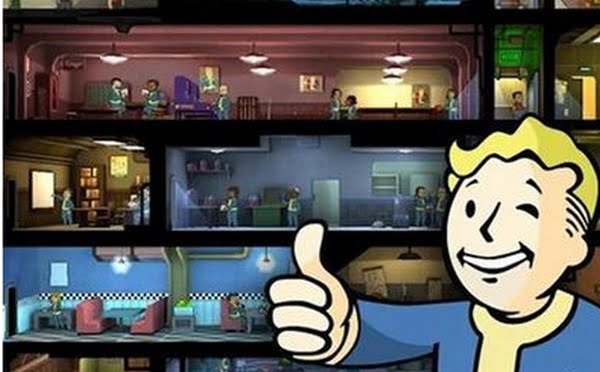 By reading the name of the game, you’ve imagined how cool this city building is and in short, I will tell what is the game all about. Basically it’s not like other city builder games in 2020, it is typical gameplay of saving people from building shelters by using given elements and increase overall productivity.

This game required smart gameplay with simulation gaming experience and skilled games can only accommodate large peoples in this game. Moreover, the game is available for free on Google Store but some features cannot be used before purchasing. 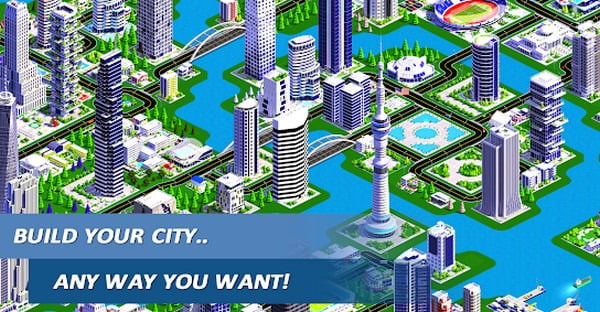 Designed City 2 is the second version of the Designed City Building Game. This is a simple city-building game with easy-to-use city build tools and features. Just like other city builders games, you can create your city skyline with hundreds of skyscraper buildings and attract tourists to your city, but in this game, you customize the build as you want and evolve your city with outstanding buildings like no one have.

Hopefully, this list will help you out to download the best city building game for your android device. My best recommendation is to try to play these games on Android Tablet to get an amazing city-building simulation experience. Share your thoughts with us about your personal city using the comment box and don’t forget to share it.