Evernote is well popular productive notes platform where you can create, read and share notes with your friends and much more. You can easily import Evernote to OneNote, Note Station or Standard Notes. But when it comes to transferring Evernote to PDF. It makes you think about how I can export my Evernote notebook to PDF. There are some important Evernote notes that are previous to you.

You can easily Export Evernote Notebook To PDF in few steps on your computer running on Windows or Mac OS.

How To Export Evernote Notebook To PDF  In Windows

Evernote until now not has a feature to export or import Evernote to PDF. But there is will there is a way. You can export your Evernote notes using print features.

Open Evernote App in your computer. Or login into Evernote.com.

Go to the navigation bar at the top of the screen. Click on File > Print. 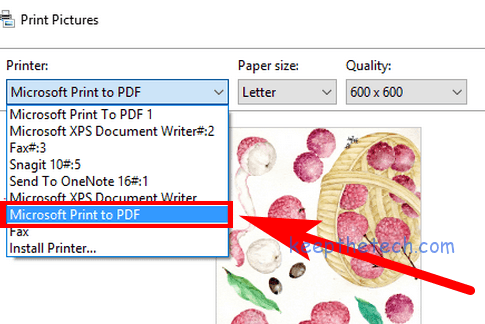 Make sure to select a virtual printer from the printer list such as Foxit Reader PDF Printer. 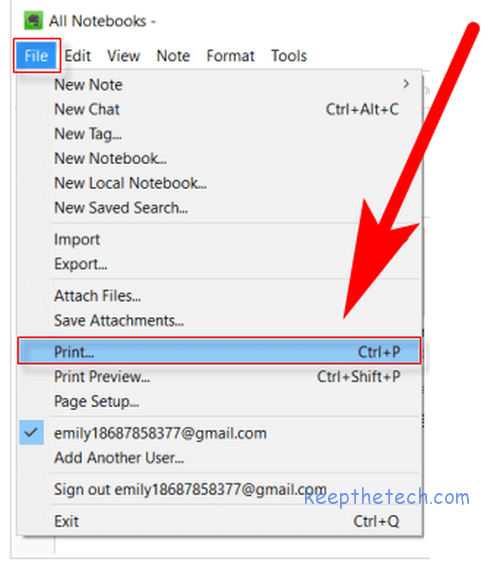 Click on the Print button. To start the process and in a few second a PDF file will be downloaded on your computer. It’s the PDF file of your Evernote Notebook.

How To Export Evernote Notebook To PDF In Mac OS

Mac version of the Evernote app, support export to pdf tool its a matter of fact. There are almost 2 ways to export Evernote notes to PDF in Mac OS.

It’s a simple task, Just go to the navigation menu and click on the File and Select All. Again move to File and select Export to PDF. Name the Evernote file and hit the Export button. The application automatically exports notes to PDF on your system.

To export a particular Evernote note. Go to the note and right-click on it from the list select export to PDF. That it.

Method 2: Use Print Feature To Export Evernote To PDF

It’s the same method that we use in Windows for transferring Evernote notes to PDF files. In this method, you’ll have to select the notebook which you want to export into a PDF file and then open the File Menu from the navigation menu and Select the notebook.

From the list select the Print option. Now all you’ve to do is select any virtual printer and hit the print button. Your notebook will be exported to PDF. it.

Exporting the entire notebook to PDF can be done by following the above step-by-step guides. In case if you’ve any issue regarding exporting your Evernote note to pdf formate comment below will help you to resolve the issue without any charges.