Coding one of the best things that invented through new technologies. Nobody can give a  definition of programming better than a programmer. Currently, coding is one of the new literacy which makes it pretty important for children to start learning how to code.

There are lots of apps from which newly startup programmers can easily learn coding through their cell phones.  If your kid interest to learn to code then, in this case, you can easily download programming apps on his phone. Which allows your kid to learn to code with fun whether it be to build an app or learn how to command a robot. 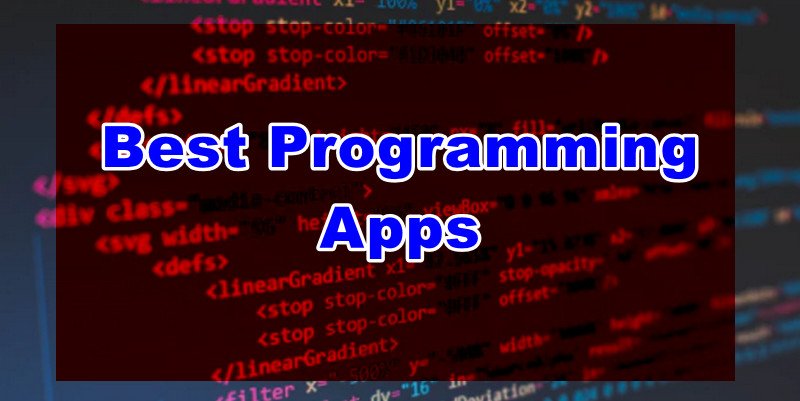 Here we gathered some best programming apps from which you can easily learn coding with fun.

Khan Academy one of the best places to learn the code for beginners. It’s becoming popular day by day as a programming platform where you can easily learn programming in an easy way. The Khan Academy App offers users to learn how to code in different ways on Phones and Tablets.

Unlike other paid coding apps the Khan Academy application is free to use you can easily install it on your phone or tablet and create a free account to access different ways to learn code.

The Udacity is one of the best applications to learn to program. Udacity claims its offer service better than the rest of the developer courses.  Actually, Udacity Courses are for developers who want to modify their coding skills.

The Udacity is a paid coding course but some courses are free you can easily download the app on Android or iOS devices and try a free version to learn the basics of coding. However to access to premium programming courses you’ve to upgrade your Udacity account to premium you’ll be paying $200 per month in which premium courses offer feedback from professionals programmers and allow you to connect with fellow students to share your codes.

The Encode is an app to learn to program this app offers a bit-sized coding lesson that combines succinct explanations and clear real code examples.  One of the best things about the app is that it offers complete basic concepts to overall advanced concepts such as programming languages such as Javascript, HTML and some others. You can easily learn various kinds of javascript methods using an app and some other programming methods.

The Decoder is an app in which you can learn the various types of programming languages in a simple way. However this a paid app so you’ll have to pay $10 per month to access complete programming courses.

The app is a complete package to learn and comprehend the programming languages from a wide range of  C Programming to Ruby.  There are some tools like Rich Text Editor with Syntax highlighting which help users to learn programming with more effects.

If you set your mind to learn to code and you practicing an hour of code and want to reach the next level of programming with fun then. In this case, Tynker is one of the coolest apps to learn code with fun. Because the service offers coding courses in favour of games.

The interface of the app is based on a drag-and-drop concept and if the user can’t compete for the level of the game the instructions will show up on the screen to help the user to improve his coding skills. However, it won’t allow your kid to learn how to build an app but your kid can easily earn basics of coding.

The Bit by Bit is almost similar Tynker app however in this app you have to solve the problems while learning to program. The app is developed with the help of kids, parents and educations specialists. The basic of this coding app is the kid can learn programming while solving problems and logical thinking through games.

The Karel Coding is an app developed by NClab developers. The app offers short courses of programming games and puzzles by writing simple programs for a robot. The Karel language has python code formatting some python keywords.

You can easily learn basic programming such as repeat loop, if-else conditions, while loop, custom commands, variables, functions, Python lists, and recursion. However, there is one condition using this app, The Karel Coding app only compatible with tablets of the 7-inch screen and web application in windows.

The Code Spark Academy with The Foos is one of the leading coding apps for kids. The app was download and played by over 4 million kids in almost 201 countries all around the world.

The app basically builds to learn coding for kids of age 4 to 9 years.  The app is best to learn to code offline while playing games with programming including puzzles, games, step-by-step creative projects, game design.

The SoloLearn is not an app, basically, it’s a series of apps each one is built for a specific coding language. The app has a high rating in google play store and apple store because of its likeability.