However, some of the Windows 10 users want to access their system on a full screen without a taskbar feature on Windows 10. That way, Microsoft added a new feature in Windows 10 Auto-Hiding Taskbar which is a great way to add extra space or get a full-screen system.

Sometimes, the taskbar refuses to hide when it supposed to, Well to fix this there some tips and methods you can use that given in this article to hide the taskbar in Windows 10 again.

Pointed To be Noted: In this article, we show you how you can fix the taskbar not hiding in Windows 10 issue. But these methods can also be applied on Windows 7, 8, or Vista.

1. Go to the Start Menu and search for the Settings and open it. 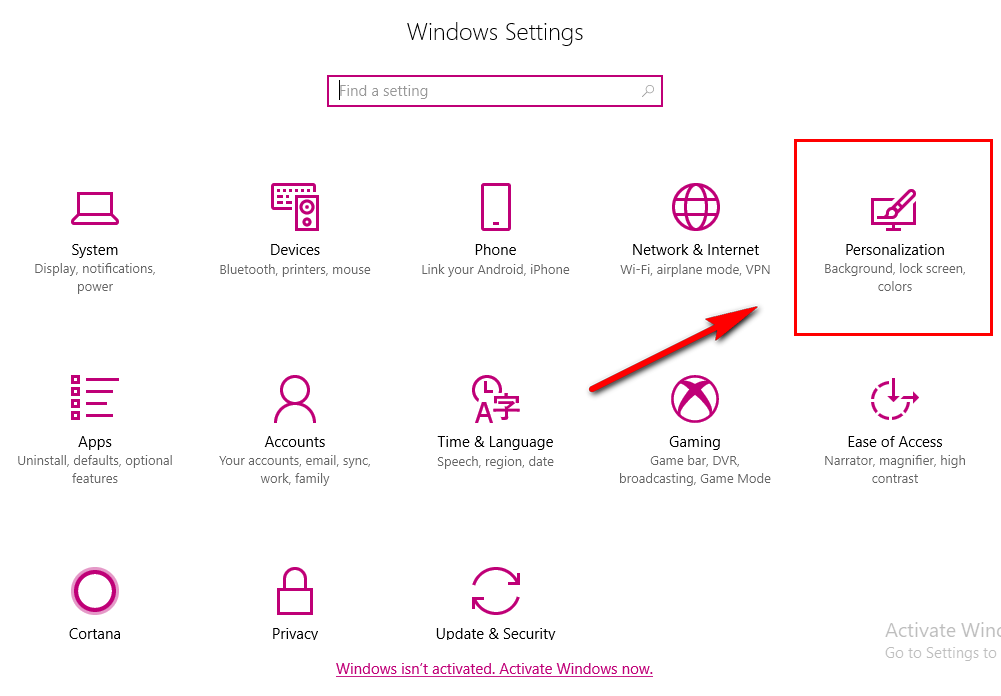 3. Click on the Taskbar and toggle on “Automatically hide the taskbar in desktop mode”. 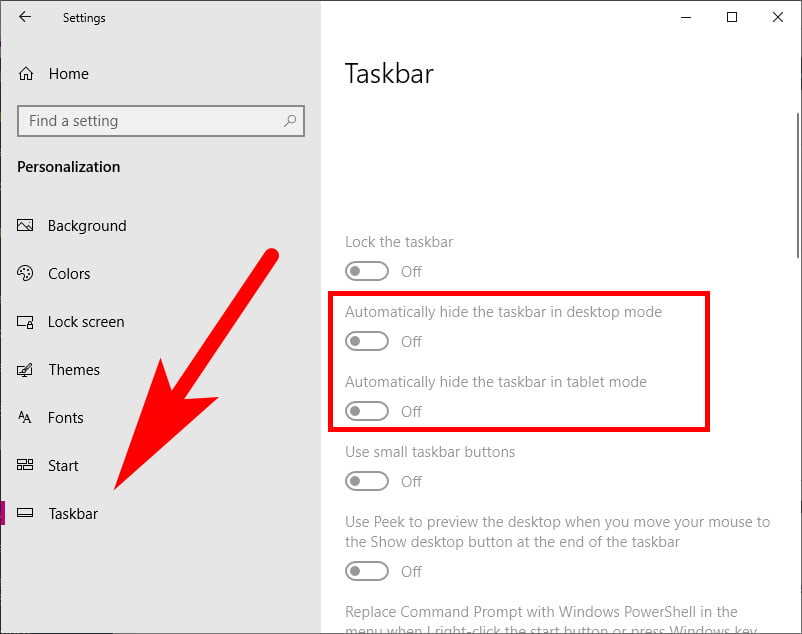 There is also a second option called Automatically hide the taskbar in tablet mode. if you’re using Tablet with Windows 10 then in this case you can enable it.

Why The Windows 10 Taskbar Not Hiding

When you’ve enabled Auto-Hide feature for Windows 10 Taskbar. Then the taskbar will stay hidden until an app or program need to get accessed. For example, if you’re using Windows Mail, and if you’ve recently received an email from someone the Mail App icon will flash and when you click to get access on the Mail app and check the email the taskbar will disappear again.

There are some apps on the taskbar in Windows 10 that perform unwanted actions from which the taskbar stick around and won’t hide like regular it did. Well to this fix this and make the taskbar hidden again follow below tips.

How To Fix: Taskbar Won’t Hide In Windows 10

You can easily fix the above given two cases by accessing the app from the taskbar that causing the issue, however, there are situations in which the taskbar remains visible after accessing the background app, to fix this follows.

In this method, you can restart the Windows 10 explorer using the task manager. Doing this will fix minor bugs that causing taskbar visible to perform this method follows.

2. In the Processes section, search for “Windows Explorer” and Right-Click on it. 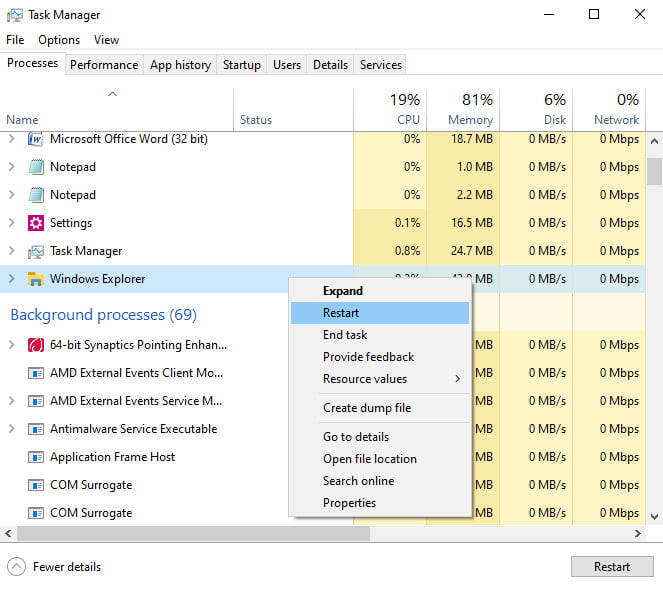 In this method, we try to access the hidden app icon such as the slack app which wanted attend s in the Windows 10 taskbar which is given at the right bottom corner of the screen where the Date and Time displayed.

1. Go to the Right bottom corner of the screen and click on the “^” button.

2.  Now, check which app wants your attention, Then click on that app icon.

3. The Taskbar will be going to the hidden mode when you access that app.

1. Go to the Settings using the Start Menu or Windows key.

2. In the Settings window, Go to the Personalization > Taskbar.

3. Find and click on “select which icons appear on the taskbar” under the notification area.

4. Now, check the “always show all icons in the notification area”. 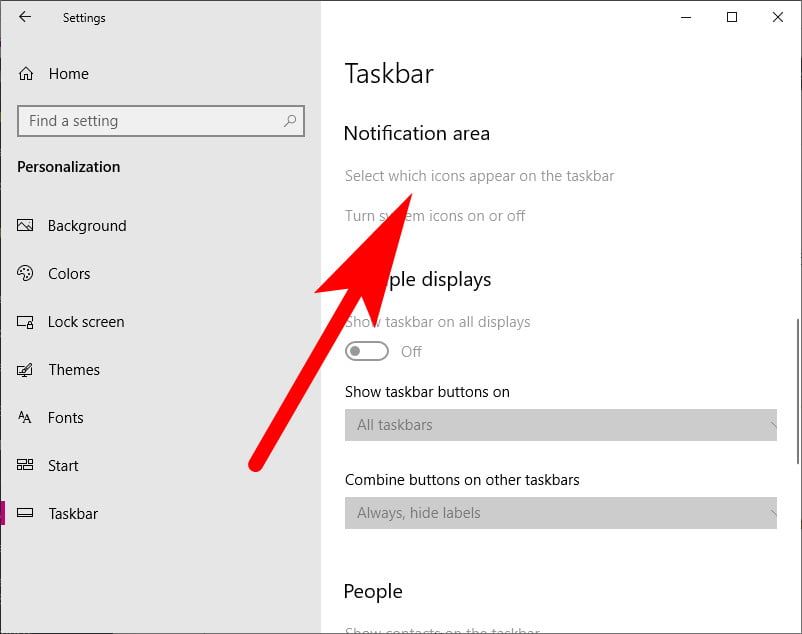 Note: After this quite a few app icons will display on the taskbar. But it’s for the temporary after finding the app which causes the issue. If you want you can turn off it.

5. Check which app needed your attention.

6. After, this the taskbar will be hidden again.

Disable Notification For The App

Once you find which app creating this issue from which taskbar won’t hide in Windows 10. You can remove the app from the taskbar display or disable the notification for that individual app for future purposes.

2. Now from the left side panel, Select ” Notifications & Actions”.

3. Search the app, creating the issue, and toggle next to its name for disabling the notification. 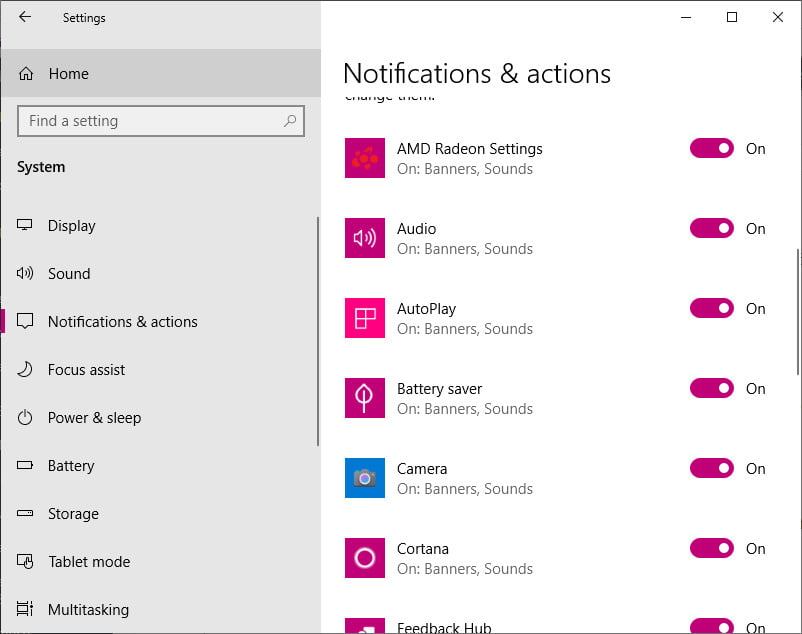 After this, the notification coming from that app will be stopped until you enable it again. This will fix the taskbar not hiding also.

These are the four methods you can use to fix Windows 10 taskbar not hiding issue, Once you find the app which makes taskbar sticky you can easily check why the app needed your attention, and if it’s not an important app then you can also disable notification from that particular app.

Generally, the taskbar remains sticky, because some app wants your attention and you can easily check it. By the opening, hidden icons are given next to the Date and Time. Once you’ve access that app which wants your attention the Auto-Hiding for Windows 10 Taskbar starting working again.