But sometimes, due to overheating, CPU slowdowns and issues start. Users will see that the gameplay is not good enough, which it should be. There might be many reasons why NVIDIA graphics is taking more memory, but it should be fixed ASAP. Otherwise, it might hamper the CPU as well.

Reasons for Why Nvidia Container is Not Working

The possible reason the Nvidia container is taking some more memory than it should is if the user is overclocking or the CPU is doing some unusual activity without the owner knowing it. Some possible reasons are in the following, which is seen in most of the new NVIDIA drivers: 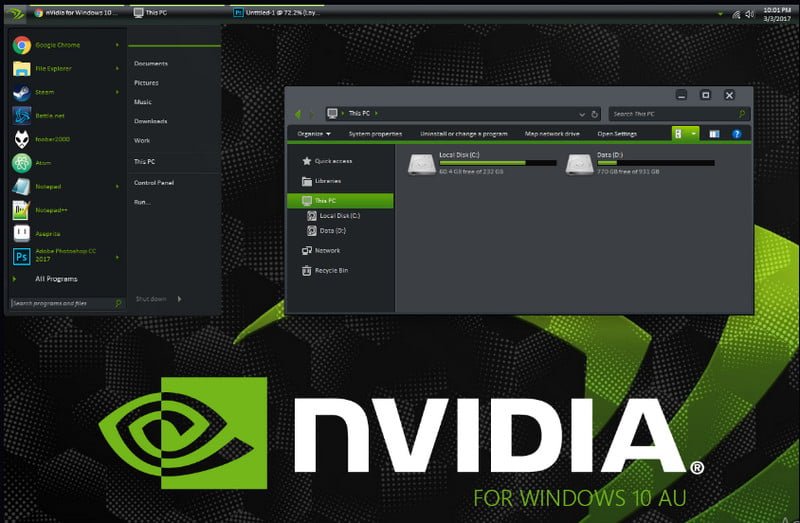 Some of the ways are given in the following to fix it down.:

Many users who are using NVIDIA driver had faced this problem, and for solving it, they have installed the old version to work properly. As NVIDIA has updated their new drivers, but it is not effective at all, getting back the older version will help solve this problem. To make this work, the user has to do the following steps:

2. Since the Nvidia container is a video card driver, the user has to update it on the PC, first expand the display adapters section, right-click on the graphics card, and then choose the uninstall device. After that, the device driver starts uninstalling process.

3. Confirm if any dialog box or prompt asks you to confirm the uninstallation of the current graphics device driver and wait for the completion of the process.

4. Now, look for the graphics card on NVIDIA input that requires information about the card and operating system and click on the search option.

5. List of all available drivers should appear on the page. Make sure that you have to scroll down until the required entry option arrives. Click on the name and the download button.

GeForce enhances the gaming experience with every device. After installing NVIDIA then the user can see GeForce GTX graphics card will be there. This card is develope by NVIDIA and will remain until it is uninstalled. It keeps drivers up to date, helps optimize the game options, and gives users the option to click screenshots or video recordings during the game.

But now the issues are arising with it, most of the devices face the same problem: PC usages are increasing automatically even if it is in idle mode. As per the officials, this application can be removed, and it won’t change any gaming optimization. After removing this, it can help in the Nvidia container.

1. Click on the start menu, go to Settings, and open the control panel in windows 10.

2. In the control panel, change the “View as” option present in the top right part of the windows to select any category and click on the uninstall a program option in the program section.

3. Now, find the GeForce experience entry on the list and click on it. Now click on the “uninstall” button, which will appear in the list, and confirm if any dialog box asks. After completing these steps, the user can restart the computer, and it will work accordingly.

NVIDIA telemetry container is a service installation with NVIDIA software is in use to keep track of logs, behavior, and other similar data on the user PC. It can be use to inform the NVIDIA of bugs and reports for undesired behavior. Many users who were facing these issues reported that they are using the PC after completing this step as it was. So the following are the steps to complete this method.

1. Open the control panel by locating it in the start menu or search it from the “Start”.

2. After the control panel opens, change the “View by” option at the top right part of the windows for having large icons and scroll down until the administrative tools are located. Click on that option and then locate the Task scheduler shortcut at the right top. Then click on the option to open the task scheduler as well.

3. The task is located under the Task scheduler library. Now locate all the tasks whose names start with “NvTm,” right-click on those tasks, and choose to disable from the context menu, which will appear.

4. After disabling all this process, you can disable the NVIDIA telemetry container service from auto startup on PC. This will help to solve Nvidia container high usage on PC.

The main problem with the Nvidia container is this. When any new software or driver is install, then a new file directory will be created. This file does not let the function work properly and creates further issues, and deleting these files is 100% safe. This might be confusing for many, but it might be the reason for the Nvidia container’s high usage on PC. To delete these files user have to perform the following steps:

1. Navigate to the location given below

This can vary if the user has installed the driver at any other location.

2. Select the “DisplayDriverRAS” folder and press “Shift”+ “delete” on the keyboard. After that, move to a new directory that is “C:\Program Files\NVIDIA Corporation\”

4. Now move to  “task manager” page and then end the “nvdisplay.container.exe” process.

5) After completing all these steps, restart the PC and check if any other issues arise.

After completion of this process, the problem for the Nvidia container will be solved.

This method is very simple, and for many users, almost everyone uses this to make the computer or laptop work the same and give the same performance as it was giving. To do that, the user has to click on the start menu and then the “power” option and select the “restart” option. Many times this works properly and makes the user computer the same as it was. If this does not help, then Nvidia container solving methods are given in the above.

Graphics are becoming an important part of the computer as like keyboard, mouse, and speaker. During heavy usage, the CPU takes memory to regulate the function properly. But sometimes, overclocking can damage the CPU. Now the topic comes to graphics.

Every game mostly uses NVIDIA graphics as it is one of the strongest graphics compare to other graphics cards. But some problems might arise to disturb your gaming, so using some of the methods is given above to solve the Nvidia container issues.

How to Install old NVIDIA Drivers in Windows 10