Netflix and chill- not just for millennials

Ever since the pandemic hit us, we’ve seen a rise in demand for OTT platforms. Digital services were gaining popularity ever so slowly but the pandemic really set the motion for them to take over the world by storm. The expensive cost associated with cable and satellite TV meant that more and more people were looking for cheaper, affordable options for streaming Live Tv, movies and shows.

The three main categories of streaming services are on-demand, live TV and channel-specific. Factors to keep in mind while choosing the best streaming service for yourself are your budget, which exclusive programs you like, how many screens you  watch on and more.

We have prepared a handy guide in collaboration with StreamingRant to help you make an informed decision to choose one of the most entertaining streaming platforms.

These are some of the best streaming services from all around the world.

Netflix remains to reign in the streaming services world, with its exclusive content and seamless 4K quality.

Cons: Movie selection might be limited compared to other newer services, marginally more expansion than the competition.

Netflix has recently released a collection of original content such as exclusive movies, TV shows, documentaries and comedy specials.  To name a few Netflix exclusives, “Bridgerton”, “Stranger things” and “The Witcher” have seen phenomenal success. Keeping this in mind, many competitors have also vyed for the same popularity by also creating original titles in hopes of creating more value for their customers.

The platform is great for families with multiple users, especially children. The interface is easy to use and allows kids to choose their own shows, making it a favourite among families.

The best part about Netflix is its app support, where it’s available on any streaming device in the house, be it a desktop computer, to smartphones, Roku, Apple TV, Fire TV, Smart TV’s and much more.

It offers support for all video and audio formats, including 4K, HDR and Dolby Atmos, though it charges a premium for these additional knick knacks. 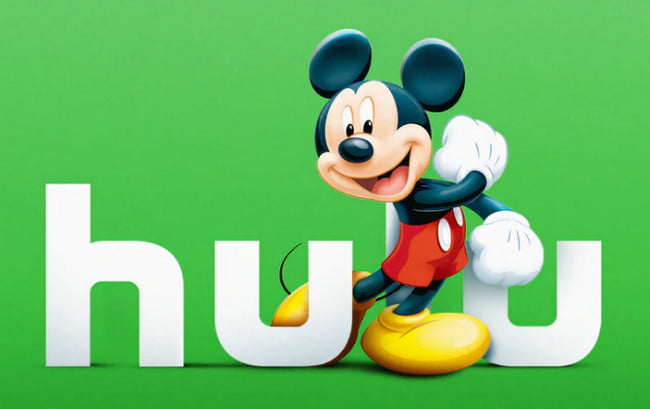 Hulu remains to be the preferred choice for affordable streaming of diverse content.

Pros: You can subscribe to channels like HBO, there’s also an option for a combined discount with Disney Plus and ESPN+. The ondemand library has a live TV option as well.

Hulu also offers upgrade packages that add Live TV channels to your existing Basic or premium plan. Hulu has an impressive TV show library with a wider range of new and classic shows than Netflix or Amazon.

This also includes next-day streaming access to selected broadcast series on networks like ABC, FX and Fox. Hulu has some original shows to also offer such as “The Handmaids Tale”.

Hulu also offers 4K and HDR streaming on selected devices but its offering is quite limited compared to Netflix, Amazon and Disney Plus.

Hulu allows only two devices to stream at a time, which greatly limits users sharing ability but you can remove this limit with HUlu + live TV subscription and get unlimited screens for just $10 add-on. You can also add other channels such as HBO, Showtime and Starz for an extra monthly fee. Along With that, you can also get almost 30% discount on the monthly price for Hulu, disney plus and ESPN bundled together. 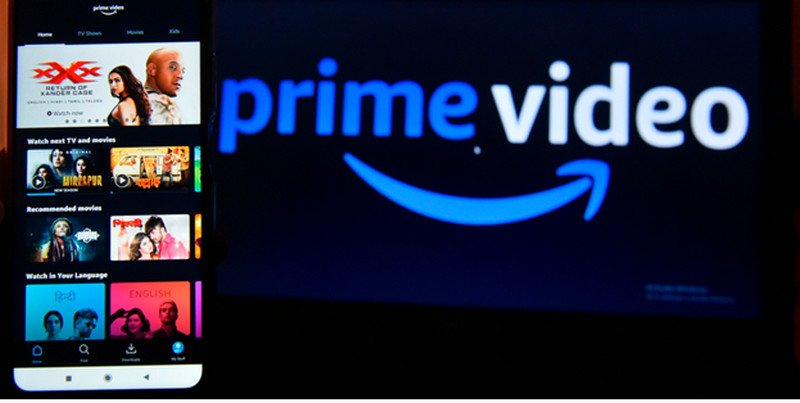 Amazon Prime Video has also been giving its competitors a run for their money by offering customers movie rentals options and much more at a nominal fee.

Prime Video is a mix of movies and shows that are practically free with memberships such as “The Boys” and “The Marvelous Mrs. Maisel”. The most notable feature of the service which sets it apart from others is that you can buy or rent any film available on home video for your personal collection and watch it on the Prime Video app at any given time.

Since 2013, Prime Video has launched many award-winning original shows as well as imported many series from BBC as well as Hindi Language films from India.  You will get 4k streaming support for HDR10 + playback on select titles without any extra charge, unlike Netflix.

Prime Video is a part of the Prime Membership and you can subscribe to the service on its own for $9 a month if you want.  Additionally, you can also sign up for add-on channels to other services such as Showtime, AMC Plus and even Paramount Plus.

Disney Plus remains the top streaming choice amongst kids and families alike.

Bundle offer: Disney Plus with ESPN + and Hulu, $14 per month.

Pros: Classic movies and shows, 4K HDR, Marvel and “Star Wars” titles.
Cons: Library of original content is limited compared to competition, lack of mature content.
Disney Plus has emerged as the fastest growing streaming service in the industry. The platform happens to be the sole subscription streaming home of Disney’s classic animated films as well as movies like “Star Wars” and “The Simpsons”.

Users are drawn to its immersive catalog of Disney, “Star Wars”. “Marvel” and “Pixar” movies and shows.  The platform is designed to be family-oriented so Disney exclusive shoes like “The Mandalorian” and “Loki” are rated for teen viewers. There is no R-rated content making it easier for families to allow their children to browse the platforms and watch their favorite movies and TV shows.

At just $8 per month, Disney Plus offers the best combination of titles, streaming qualities and value, that too without intrusive commercials.  You can bundle Disney Plus with Hulu and ESPN+ for $14 a month. In this manner, you save about $8 a month compared to signing up for each service separately.

HBO Max has slowly gained popularity and is a tough contender to competitors, by providing viewers a chance to watch the latest titles as well a chance to revisit old favourites, all from within the comfort of their homes.

HBO Max takes pride in having some of the best movies recently released on home video. HBO Max remains to be the best way to catch up on past hits such as “The Wire” and “Game of Thrones”
The best part is HBO Max’s family offerings, where new episodes of “Sesame Street” are added regularly.

Additionally, you get to view exclusive content the day a movie premiers in theaters. Viewers were enthralled to view “Wonder Woman 1984” in this manner with many more such as “The Matrix 4” which is also scheduled to be released this way.
The only drawback of HBO Max is its technological issues. Currently HBO Max doesn’t offer 4k or HDR support yet, thus limiting the quality of movies and shows. 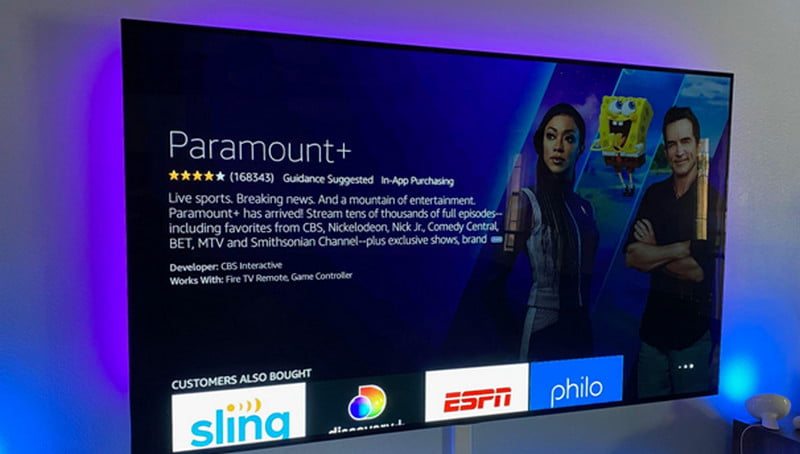 Paramount Plus is a daily new on-demand streaming service from Viacom CBS, having replaced CBS All Access. Viewers have access to live CBS channels (only in the Premium Plan) along with a large collection of TV shows and movies.

Paramount plus also gives viewers a peek into exclusive content such as the reboot of “iCarly” and many “Star Trek” shows. 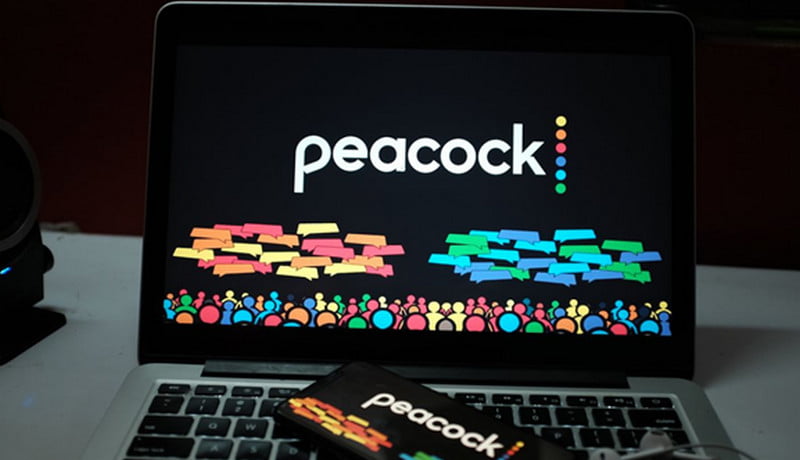 Provides users with free streaming options that can be upgraded to the Premium package.

Peacock is a free streaming service which has a plethora of famous titles on its platform such as “30 Rock”, “Cheers” and “The Office” as well as some new titles as well. The basic plan is free but has a limited library and is ad-supported. For absolute ad-free access, you will need to pay $10 a month for the Peacock Premium Plus plan.

News is that in the year 2022, the service will be streaming brand-new Universal movies content within just four months of their theatrical release.

Peacock also has some live news and sports broadcasts as well. The platform has also previously streamed highlights from the 2021 Olympics as well as some exclusive content off the WWE Network.

Peacock does not stream in 4K which really doesn’t bother users as the platform primarily has more television and older films. 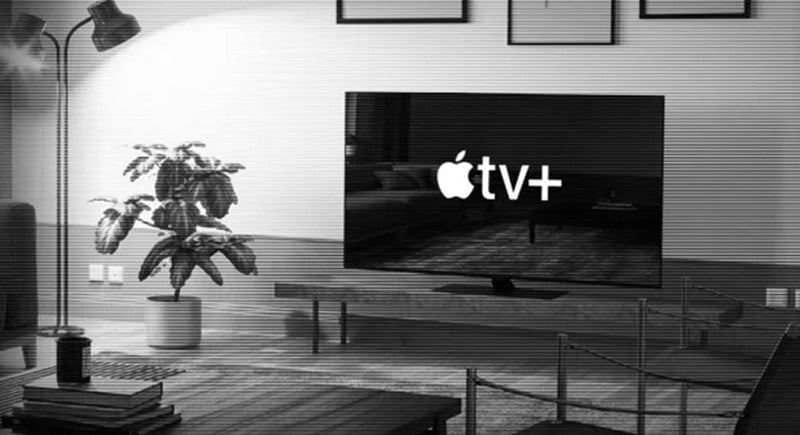 Best for extended free trials, at just $5 a month, Apple TV Plus is one of the lowest priced, ad-free streaming services available with high-end features like 4K resolution, HDR and mobile downloads providing both value and quality for its customers.
Package Details:

Cons: Small lineup of movies and shows compared to other services.

Apple TV plus happens to be the choice for people looking for an affordable streaming service. For just $5 a month, you get ad-free access to an ample collection of movies and shows.

Though the price is attractive, the Apple TV Plus library is relatively smaller when compared to other platforms such as Netflix, Disney Plus and Hulu. The main drawback is a lack of movies and shows from other networks and studios.

If you are an Apple user, you should consider the Apple One bundle. The package includes Apple TV Plus, Apple Music, Apple Arcade, and 50GB of iCloud storage for just $15 a month.

There are many Live TV streaming services available to choose from. You can most certainly save a considerable amount of money with these services but to choose the right package for yourself will require you to determine which TV stations are absolutely essential for you to have. 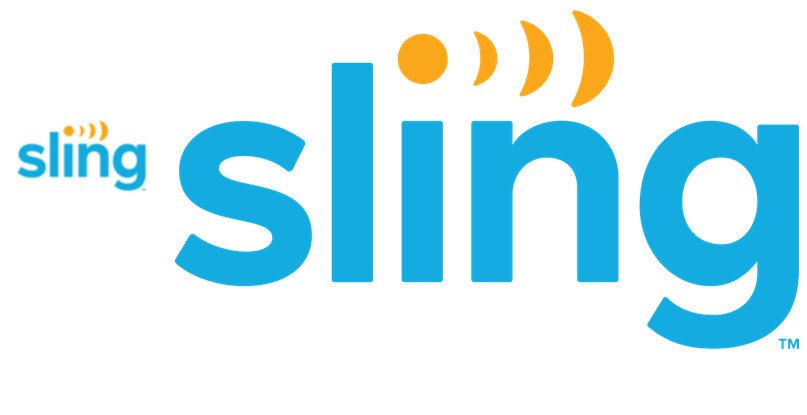 Two Packages – Sling Blue and Sling Orange, $35 a month each or $50 a month bundled together. 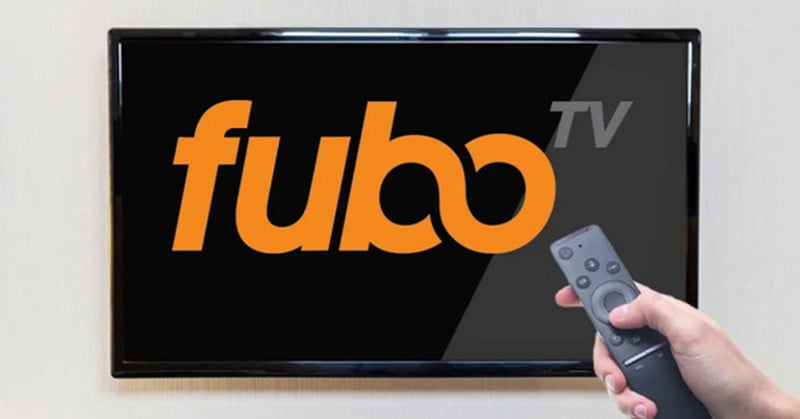 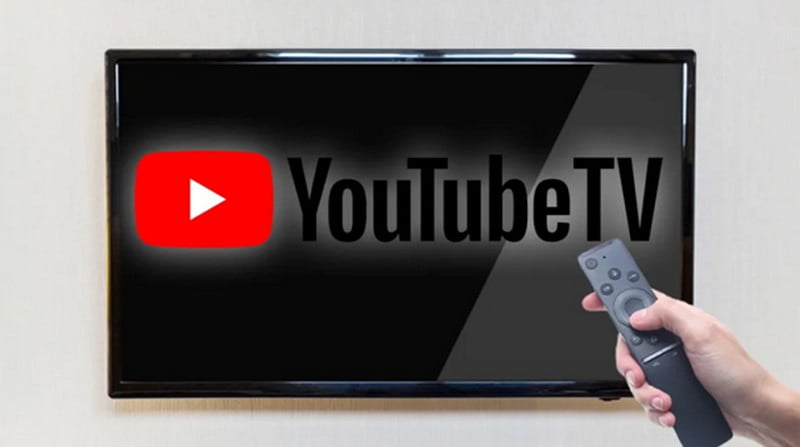 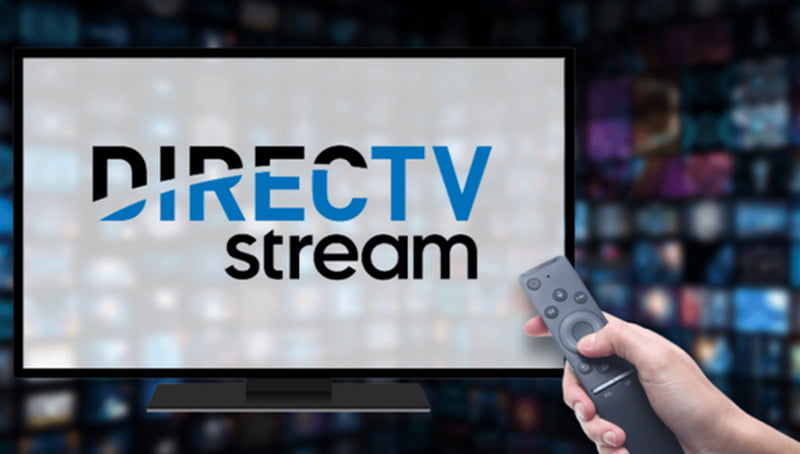 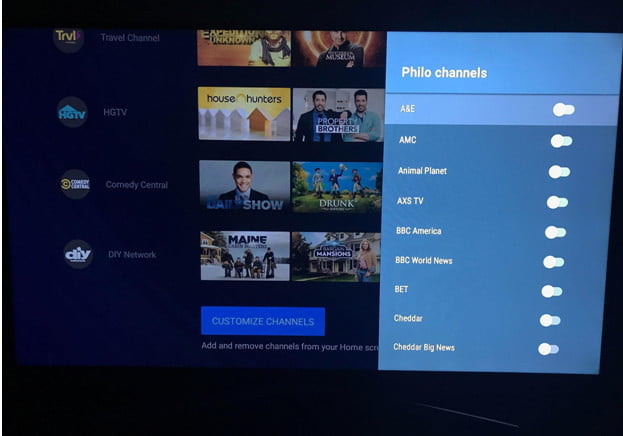 Some streaming services also serve as an online portal to access a specific channel. These channel specific platforms also occasionally include exclusive content, unavailable elsewhere.
Here we’ve listed down some of the best streaming channel services you can subscribe to now: 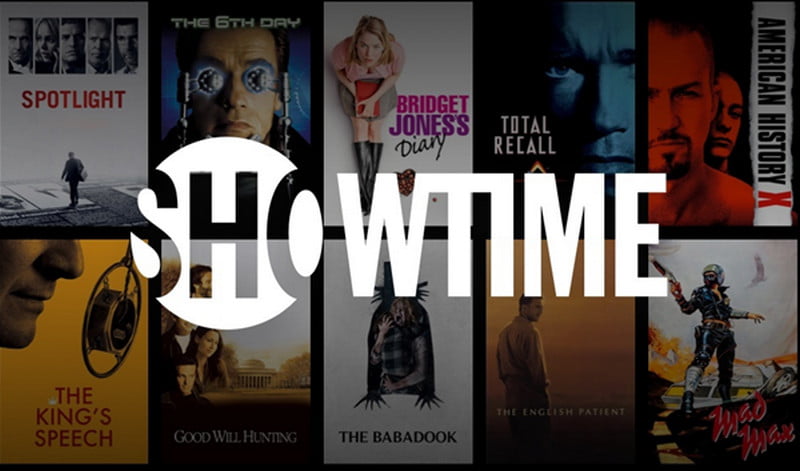 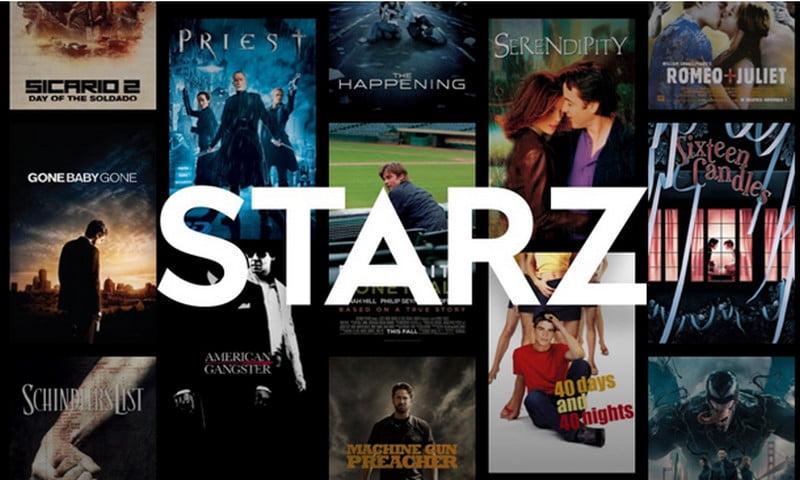 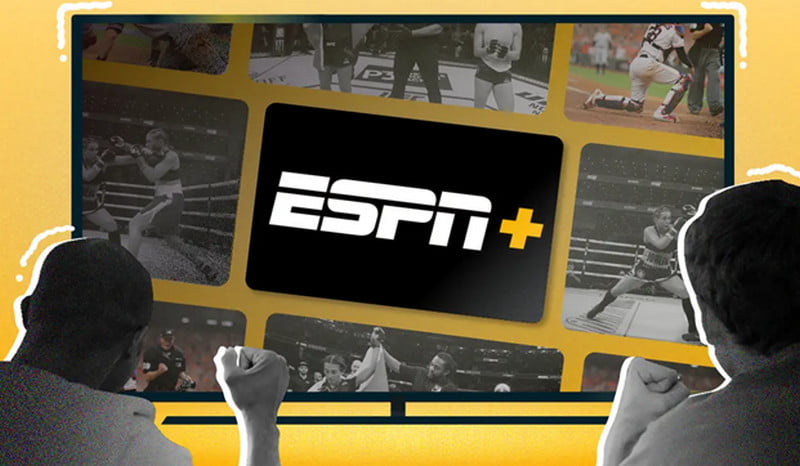 Conclusion:
Streaming services are here to stay, evidently from the phenomenal increase in number of subscribers particularly during the pandemic. The question remains if it will replace cable and satellite television service once and for all, something we’re all curious to know since each has their pros and cons.

Where To Stream Harry Potter For Free Online