Serverstatsbot has a very specific purpose in fact if you check out its setup you will see that there are only four steps in order to set this thing up with your channel.  So, once you add this on to your discord server, it will literally give you the numbers of how many members you have in your discord or like how many bots you have in total.

How many real-time people are there etc? The total members and then even boosters as a separate category. You can also rename stuff. It will show you exactly how many people are here, and its like a really good way to track your community growth.

Also, it is just a handy thing to know how your server is doing. How the community is doing as a whole. Genuinely, its gonna be a great thing for your server in the long run.

On its home page, you will see a bunch of different options. A thing must mention is, this one is the simplest and most cleanly laid bot dashboards out of all the bots. It has got a set of very specific things it can do, has got very cool features and it makes things very simple to get them implemented on to your discord.

So once you add the bot to your discord a couple of things to note is that it’s got custom commands, it’s got reaction rules which are like its latest feature.  One of the main things is levels, in fact, you can see all the rest of stuff even though there’s.

Some cool stuff on this bot its not used much because levels have been one of the primary reasons, mee6 has been kept. Now what actually levels are is if you go over to your discord channel or simply put people’s pin year in your discord, you will see that.

Who of them have recently checked their ranks and a little panel will show up which will show up their XP bar like how much is that at and how much XP they need to get to their next level. What rank they have etc. It is like a very clean way for people to be able to see what their participation is in your discord community. This one has a lot of other features too so this one is worth a try.

On its homepage, on the left side you actually literally just see a few simple options. It’s not a super detailed robust bot for a bunch of other things. It does a specific set of things and it does it very well and those other things are announcements or pinging things. Its one of the best bots for Discord server.

For an instance, you have got services over here and you’re gonna use twitch as an example because that is what is Pingcord used for but when you click on twitch, it allows you to set up an actual live notification for where ever you go live.

One of the super cool features about it is, it is not only limited to Facebook, but you can also use this Bot for youtube, Reddit, mixer, Facebook pages, Twitter, Spotify and even custom timed alerts and so you could set up multiple channels in your discord or if you want to have your whole twitter feed in there you can have a whole twitter feed going so people could check your discord even when they are in discord and not in twitter.

Dyno discord bot has a very robust feature set and there’s no way to cover it all in words but forgetting to all its features you will have to try it. But to brief it over this one has modules that you can use. In an amazing bots fo discord for a bunch of different purposes, you can have announcements, action logs, auto mods stuff, which this bot is actually used for.

It has some auto mods, stuff autoresponder and custom commands but you can do all kinds of things with this bot. You can do reminders, fun things, tags and going to fun commands, you can click on that and it’ll take you to a whole list of commands where people can roll and literally put dog pictures in their discord and you can name them and basically quite a lot of stuff.

The YAGPDB is like on the highest recommendation for you to have a discord bot, the reason for it is like though its not as robust as dyno bot in some features but in other features that are absolutely critical in setting up a very professional discord. This one is mainly used to moderate all of the banned words and things like that.

So its a great bot that will take care of like you know you using bad words and stuff that you don’t want in your communities, but also this bot is used for some very specific reasons. It is one of the best and popular bots for discord.

When you give an eye to the left side, you will see the notifications feed, they have got some different stuff and there’s a thing called streaming. If you click on streaming, its gonna allow you to set up a category, a role, and a channel in your discord where it will show when people are streaming and it will auto-post it. So this one is really highly recommended as it gives you experience like that.

This Dank Memer one is quite popular bots for discord though not used much like in comparison to others. This one’s pretty goofy and funny. And the creator made it like really funny and they are amazing at it for sure. This bot is mainly picked up for fun. 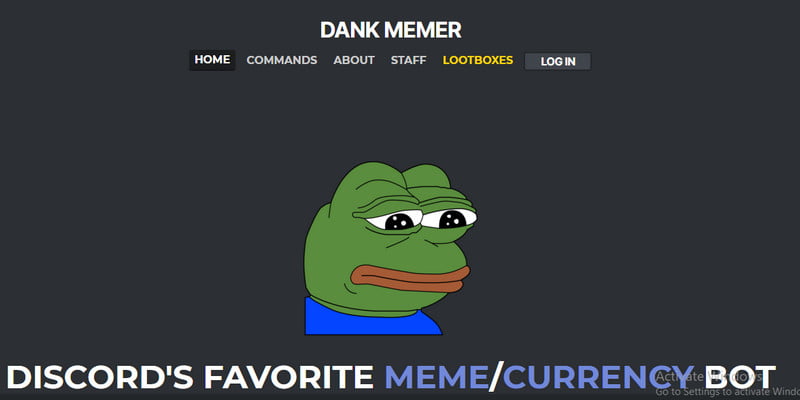 Though it has a lot more in it as well, like currency games and images, has NSFW section mostly more for premium and sounds as well that is basically music. And as the name suggests it is mainly for memes and stuff but has etc. things as well.

The Mudae bot one doesn’t have an actual website, but when you search for it or try to get on it, it takes you to another page whereas the premium membership details and like may be the owner details and etc, A given. And the bot details as well so you may go ahead and support her and if you.

Like the bot like just from the details then you must try and go to it, and like give this one a try. Now its a fun bot for like anime, and it is like trending these years so it is like pretty popular, is in like 320 thousand servers. Though has some reboot days that every bot has so its totally fine, else it’s an amazing bot.

Pokecord is like over three million players and it is actually 800 thousand servers which are actually a lot. This one is just awesome like everybody generally likes pokemon. The pokecord bot is best to use among other bots for discord.

Moreover likely its best bots for discord like you gotta catch them and you can like to fight with other people with your pokemon and surprisingly all that is done with just texting. Just typing a few works on discord, like you probably gotta spam a little but people usually make separate channels for it.

Well, the Tacoshack discord bots not that popular like it only has 9000 servers but it’s like a veryy pretty sweet game, you make tacos and sell them. It is like a very idol game but not really can you gain money over time like all the work is done only by typing and doing tack shack commands like you’ll write some command and that’ll happen. Like these go parallel.

The Koya Bot is an multi-purpose bot and what is likable about it is that it is mostly mod logs like you know how it keeps track of whoever does what. Who deletes messages, and like whatever and if you have a lot of people on your server and you need to see which mod is being bad or whatever, you get to know everything like even the most random thing. Having a mod log as well as some typical logs as well. Coming up a lot more obviously.

Also has a game like an RPG type game, or to like so there’s like no loss in trying it out and it’s gonna turn great for sure. It has every quality of a multi-purpose bot and stands out on the fact of mod logs. Also has some typical moderation commands as well, and its logs are like really really sweet.

You can like to interact with other users and like its a really good going one. This has some utility stuff where you can like search stuff up or check your self up on the map, Wikipedia, and stuff and urban dictionary stuff as well. Which is like really fun, and there’s like more of multi-purpose bots in there so must check it out.

Rythm is like a very famous music bot and the name says the same.  One of the best music bot. It has a 6 million discord server. Holds its own reputation for a reason that it never lags. Here are some of the Rythm Bot Alternatives that you can find helpful.

Whatever device you use it and puts music from like everywhere, like from youtube, sound cloud, twitch, and even more. Basically, the rythm bot is best and free discord bot.

Has auto play which is like really cool and has lyrics too. It also has a premium feature and probably a lot more but the normal one still works very well, like bo lagging, nothing. It is just great in its own way.

Groovy is one looks really quirky and really nice. Over here you get music for you, these ones really easy to use, doesn’t lags which is really cool because the ones that lag are like really a headache to use as the smoothness just loses away and it gets irritating to use it. It has a very wide range of commands. 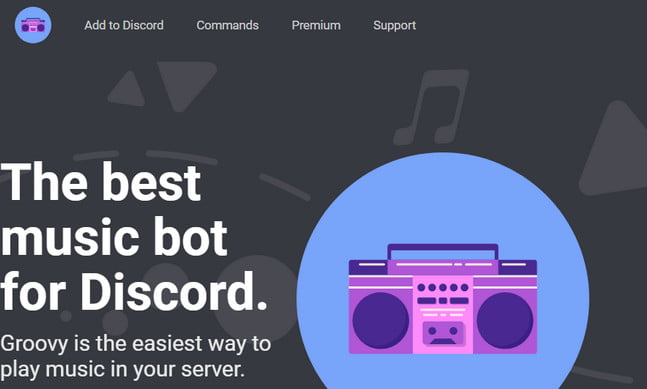 It also has more premium features which are not always a good thing like when someone doesn’t want to invest and wants to enjoy using a certain server, premiums just spoil it for them though there are others as well who really subscribe up on the premium ones so it compensates.

This one a tool bot, Reaction Roles you can get on to the website by visiting it by searching of course. This one only really has one purpose, they have given certain commands and you just gotta follow them up.

Before early this one was known as PikaGirl but now it called Erisly bot. It is like unique with the fact that it shows up on the homes page itself, that how many servers are connected at that time but this one a Lil bit seducing.

So these ones the NSFW bot but it’s like it does not has a lot of NSFW commands but it has like enough of stuff for you to get what you want.

How To Setup Vpn On Android Free